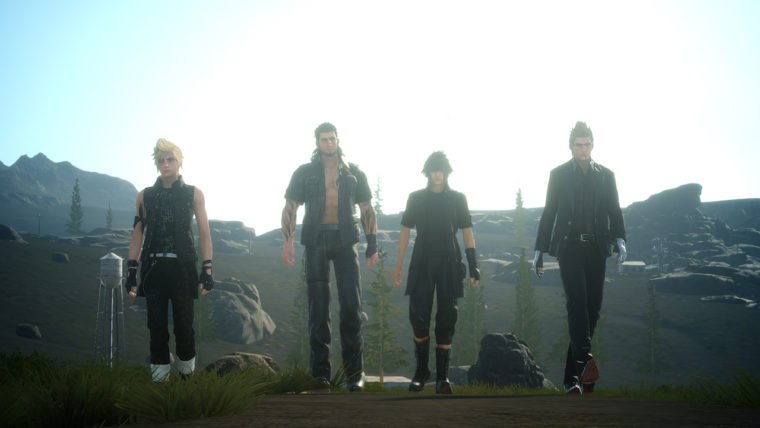 Tabata explained in more detail on Final Fantasy XV’s official forums why Noctis and the gang all wear black costumes. There is a valid reason why as he explains in such detail.

Tabata said: “The clothing worn by the four main characters is the official battle gear of the Kingdom of Lucis. Noctis is a member of the royal family and the other three characters are parts of various Lucian national organisations and they are each wearing the specific battle dress relevant to their individual stations.

In the Kingdom of Lucis where our heroes reside, the colour black has historically been treated as a special colour. Because of this, the attire of the royal family and those in occupations closely tied to them are unified by having black as a base colouring. This part of the lore is the reason why the outfits of all four main characters are black.

For the finished game we also intend on having their clothing having effects in battle and not just being a part of the world and its background. So watch out for that too!”

There you have it. It’s not because they want to look like a ’90s boy band. The color black is special to the Kingdom that Noctis comes from.

Final Fantasy XV is scheduled for release sometime in 2016 for the PS4 and Xbox One.