Halo 2: Anniversary Gets Resolution Boost But Still Not 1080p 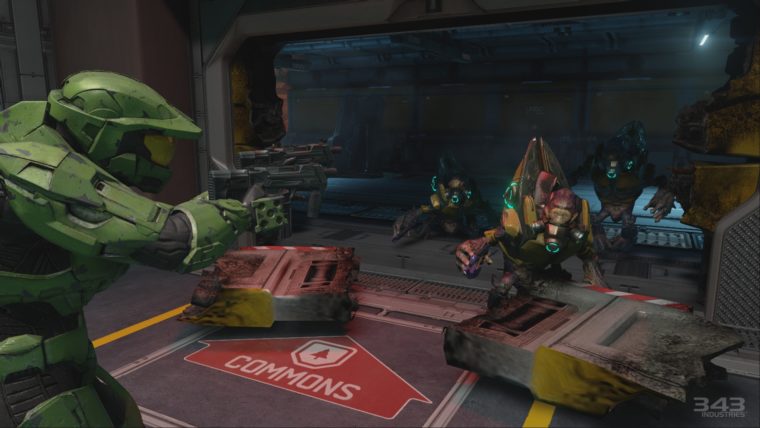 Halo 2: Anniversary was originally stated to run at 720p, but thanks to a stretch goal the game’s resolution has been improved “in the last weeks of development”. Sadly, you shouldn’t expect 1080p (1920×1080) when you dive back into Master Chief’s second outing. Halo 2: Anniversary will instead run at a resolution of 1328×1080. The game will maintain its 60 frames per second promise, however.

So, why is Halo 2: Anniversary the only of the four titles in The Master Chief Collection not to achieve full 1080p? Executive producer Dan Ayoub provided IGN with an answer regarding the game’s current resolution:

“During development we were really pleased with the way the engine and buffer allowed us to switch instantly between classic and Anniversary engines that are running simultaneously – however that, as you might expect, put a hit on resolution. The campaign of Halo 2: Anniversary looked fantastic at 720p with the level of detail and clarity it gave us, but like every other aspect of the game and tech, we wanted to push it further.

So in the last weeks of development, our teams were able to meet a stretch goal and the campaign of Halo 2: Anniversary now runs 60 fps at a crisp resolution of 1328×1080, which is a significant and meaningful boost in image quality we think fans are really going to appreciate.”

We’ll have to wait for The Master Chief Collection’s Xbox One launch in November to judge the game’s visual fidelity for ourselves. For now, feel free to read up on Damian Seeto’s hands-on time with Halo 2: Anniversary’s multiplayer.