Halo 2 Xbox One Gameplay on Ascension

The latest news in the world of video games at Attack of the Fanboy
July 5th, 2014 by William Schwartz 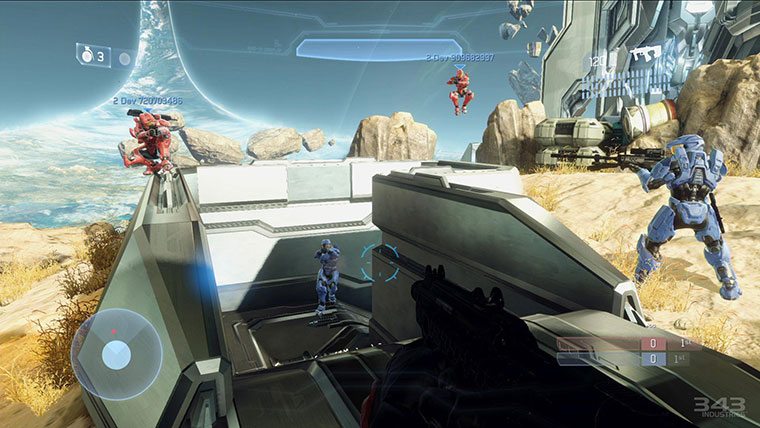 This weekend, the Rooster Teeth Expo is currently going on in Austin, TX. What better time for 343 Industries to unveil some new Halo gameplay on the Xbox One.

One such panel gives us a first-look at Halo 2 on the Xbox One, with one of the newly remastered multiplayer maps for the game.

Anybody that had concerns about the HD Remaster due this fall, should be worried a little less. There’s obviously been a ton of work done on the old maps from a graphics standpoint. The panel also details some of the new changes to the maps from a gameplay standpoint, which includes new paths and subtle changes to the maps that weren’t in the original game. Some not so subtle, the main structure in the middle of the map will feature an energy shield to give the level more interactivity.

The interactivity theme is something that the panel expressed would be carried into other maps for the Halo 2 component of the collection.

The Master Chief Collection is due out later this year for the Xbox One.