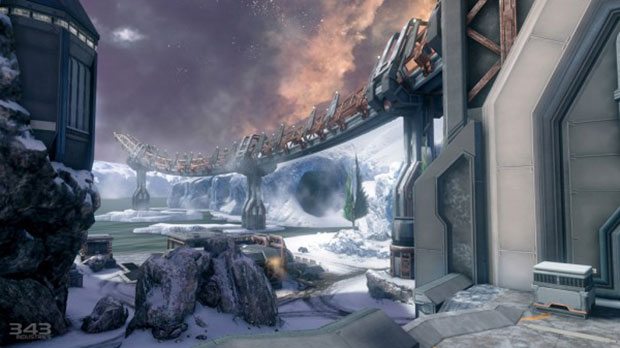 When Bungie introduced Forge Mode to Halo fans in Halo 3, it raised the bar when it comes to customization options in console games. The mode allows creators to tinker and tweak existing maps, make entirely new ones of their own, as well as slew of other features like gameplay video capture and custom game modes. When Forge mode was announced to be included in Halo 4, Halo fans breathed a sigh of relief, however not much has been said about the Forge features, and many assumed that’ll be similar to what has been included in the last three Halo titles.

For the most part it sounds like 343 Industries has got a handle on what Halo fans are looking for in Forge Mode. A recent post on the Halo Waypoint Blog claims: “the environments will be large enough to accommodate just about any design you can think of, from a Lockout remake to a sprawling racetrack. There will be rolling hills, flat, sterile spaces, big, flat indoor areas and everything in between. The difference is that we’ll use more than one environment – an aesthetic – rather than a giant contiguous space like Forge World. There will also be HUGE FLAT JUMBO Coliseum “walls” that you can instantly place as enormous floor tiles (or walls).

All the spaces are being designed with flexibility and performance in mind. The inclusion of a new lighting engine and some unique palettes will make things look more varied and connected. Some simple examples – you can make Lockout and The Pit with relative ease and plenty of room. If you want to do something giant and meandering, you’ll have to incorporate some of the environments existing features (hills, cliffs etc).”

The gift that keeps on giving, Forge mode in previous Halo titles included not only promoted user generated content, but also creations from the team at Bungie which offered players some “free DLC” if you will. 343 Industries doesn’t have plans to follow this approach however.

“We won’t be putting Forge creations in the “main” matchmaking areas initially, at least. Certainly Forged variants may go in (rules, the odd object placement) eventually, but we’re still discussing how to promote and enable Forge creations in a way that maintains a separation of that kind of content from the main mix.”

The mode was initially revealed at the Rooster Teeth Expo earlier this month. There, fans got to see a new lighting system for the mode as well as the ability to permanently lock items to the map in a Forge creation.