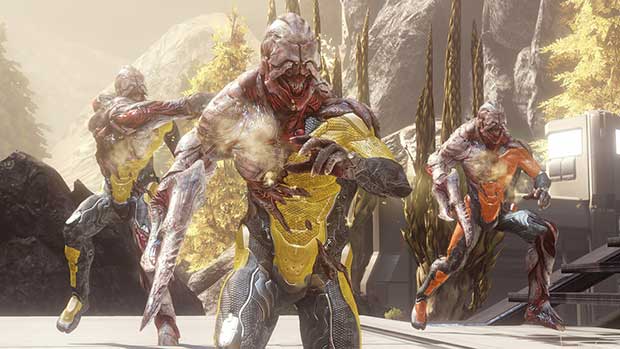 One of the Halo 4 multiplayer modes will feature the Flood, it was revealed in a recent interview with 343 Industries.  The famous enemy from the original Halo will be playable in a specific game mode designed for them, which sounds a lot like Infection.

According to CVG, the Flood game mode will feature 10 player action with two players starting out as infected characters looking to spread their disease.  A batch of great looking new screenshots arrived from 343 Industries in the wee hours of the morning that showed not only this playable flood character, but some interesting new vehicles that will be in Halo 4 as well.

Apparently this will not be a full blown Elite situation in multiplayer.  The Flood game type will be the only mode where the class will be playable, according to the report.  They sure do look nastier than they did a decade ago.  Halo 4 is scheduled for release in early November on the Xbox 360.