Halo 4 to get a Limited Edition Xbox 360 console 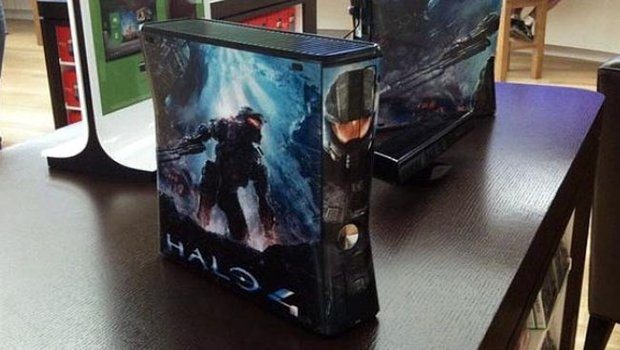 We were denied details for so long regarding one of the most anticipated FPS titles in history, but now it seems as if the Halo 4 info is peaking by the day. We’re okay with that.

Thanks to an expo in the Mall of America in Minnesota, Microsoft revealed that it will in fact be launching a special edition Xbox 360 console to coincide with the launch of Halo 4 this November. If the leaked pictures are to be the console’s final design, Master Chief has been neatly placed above the Xbox’s power button. Slick move, Microsoft. Now every time gamers want to swap out their Halo 4 disc, they’ll have to do so under the watchful visor of Spartan-117, and chances are he won’t approve.

The Halo 4 LE console won’t mark the first time that Microsoft has endowed the Halo franchise with its own 360. The company designed one for the release of Halo 3 (painted with a military-green camo finish and an orange disc tray) back in 2007 as well as for Halo: Reach in 2010, featuring a sleek silver color scheme. The LE Reach 360 shipped with a 250 GB HDD and two custom wireless controllers. While Microsoft has yet to release specs for the console, expect to pay no less than $399 when it hits store shelves this Fall.