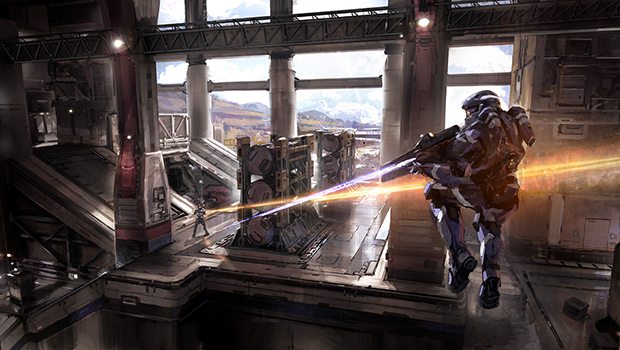 The release of Halo 4 is rapidly approaching and Microsoft is letting loose all the details surrounding the game.  Today, 343 Industries revealed the Season Pass structure for the War Games mode in Halo 4.  The pass costs $24.99 or 2000 Microsoft Points and features three map packs in the War Games mode.

The Season Pass also unlocks in-game equipment and customization options for your Spartan.  According to Major Nelson, the War Games Pass is not necessary for those that pick up the Halo 4 Limited Edition, as it will be included in that purchase.   The three map packs will arrive between December 2012 and April 2013.

Halo 4 is scheduled to release on November 6th for the Xbox 360.

With the highly anticipated launch of “Halo 4” on Nov. 6 less than two weeks away, Microsoft and 343 Industries today unveiled that there will be more content to come in the months post-launch, and the “Halo 4” War Games Map Pass is your ticket to getting it all at a 15 percent discount. Stoking the excitement for launch, 343 Industries also premiered the gameplay launch trailer for “Halo 4, available now on Halo Waypoint.

Retailing for $24.99 USD2 (2,000 Microsoft Points), the “Halo 4” War Games Map Pass confirms your access to three War Games map packs as they become available in December, February and April, and represents a savings of more than 15 percent versus purchasing the packs individually. In addition, Map Pass purchasers will receive two bonus in-game helmets, as well as a unique in-game emblem.

Description: Witness the chaos of a clash of civilizations in Wreckage, with its blend of claustrophobic spaces and dangerous exposures and venture into the human colony environs of Harvest, and explore a human foray on an alien moon in Shatter.

Description: Landfall’s emphasis is on infantry battles against a glittering ocean on a distant world, while Monolith exposes you to the naked vacuum of space – and the firepower of opposing teams, and Skyline’s distinctly industrial feel provides new challenges in somewhat familiar, but occasionally confined spaces.

Description: Daybreak is set in a military facility against the backdrop of an idyllic mountain range, while Outcast plunges you into the warrens, canyons and arches of an alien edifice, and Perdition takes players into the heart of an urban sprawl, with tactical speed and situational awareness its key features.