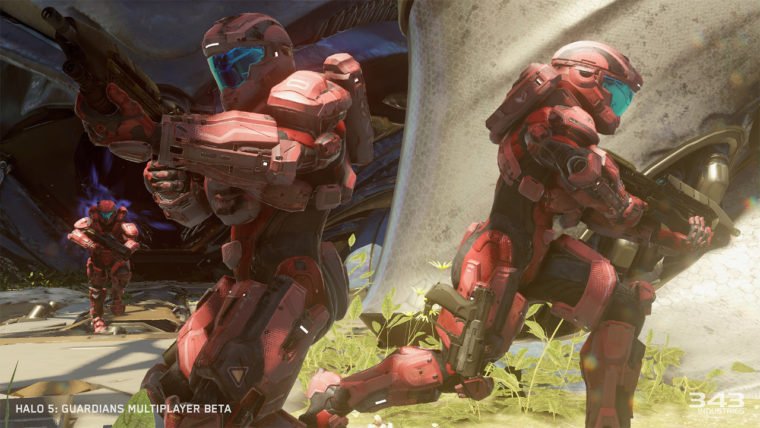 The Halo 5: Guardians Multiplayer Beta is still running and new content is planned to hit every week. This is the first update week for the game, which will feature a few new maps and a new gamemode, along with some alterations to the base modes available already. The beta will continue to run until January 18th, with more additions coming later on. Anyone who owns Halo: The Master Chief Collection can join in, but if you don’t then feel free to check out our impressions by clicking here.

This week in the Halo 5: Guardians Multiplayer Beta, battle it out in Breakout

As far as what has been added this week, that would be two new maps for Slayer called Regret and Eden, along with a new gamemode called Breakout which features its own map selection. Breakout is a round based match that doesn’t allow respawning. Each Spartan only gets one life and the last team to have a player still alive is the winner. Breakout is only playable on Crossfire and Trench.

As far as Slayer is concerned, it will get Regret and Eden added on top of the two maps already available. One major thing has also been changed within Slayer, with 343 Industries making each mode Battle Rifle starts. This should mix up the gameplay significantly as players focus more on medium range combat as opposed to close-quarters action. 343 has also added in one new weapon, the Hydra MLRS, which will be usable on Regret. This is a brand new weapon for the series, so be sure to grab it and try it out when you can.

Of course, the point of a beta isn’t just for players to have fun and test out the game. 343 Industries is actually looking for feedback on the game, which can be submitted here. We’ve already seen a few changes, such as the aforementioned BR starts and the planned removal of Flinch for the game’s final release. If you find something that you don’t like or feel needs some tweaking be sure to send those comments to 343 so they are aware of the problems.

Halo 5: Guardians will launch in Fall 2015 exclusively for Xbox One.