Halo 5: Guardians Will Remove Much Hated Feature in the Final Release 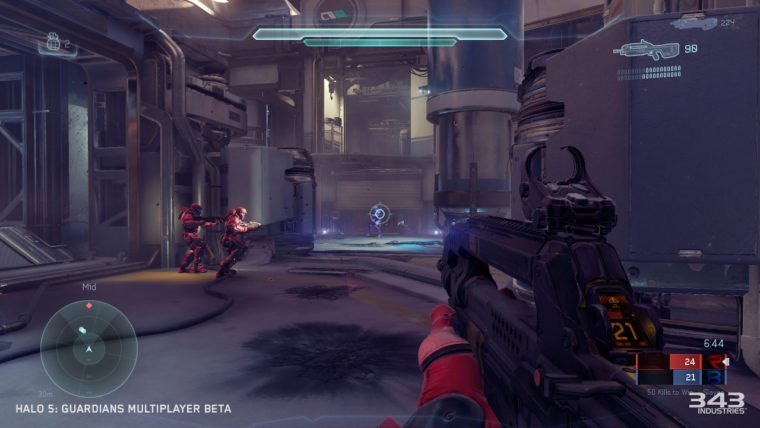 The Halo 5: Guardians Multiplayer Beta officially began yesterday for everyone, and we already have our first major improvement coming for the final game. Flinch, the fan-hated element where your aiming is affected by incoming fire, will be removed following the beta’s conclusion. The feature was first added to the series in 343 Industries’ inaugural outing, Halo 4. Before that, getting hit by incoming fire would bring you out of your scope, if you were using one, but otherwise your aim was unaffected.In Halo 4 and the Halo 5: Guardians Beta however, getting hit would cause your aim to vary wildly, missing shots that would otherwise have been dead on.

We’re aware of a couple of reaction anims that are causing a slight flinch-like effect. It will be fixed post-beta.

This seemed to go against the spirit of the game though, as Halo is more of an arena shooter which relies on your skill as a player and less on random elements like flinching. And, many players argued, since you are playing as a cyborg superman your aim really would not be impacted simply by having a bullet bounce off of your shield. Spartans are bred for war and should be able to hit headshots from across the map whether under fire or not. These complaints largely went unanswered in Halo 4, but they seem to have been heard this time around with Studio Head Josh Holmes announcing the demise of Flinch.

Responding to a fan who asked why Flinch was still in the game Holmes said “We’re aware of a couple of reaction anims that are causing a slight flinch-like effect. It will be fixed post-beta.” This seems to indicate that Flinch wasn’t really intended to be in the game in the first place, which is supported by previous comments by the developer. However, it certainly is there not. Thankfully, with this confirmation it seems that it will be removed before final release. However, if 343 goes back against this once again, the fan uproar will be quite intense.

Halo 5: Guardians will be available in Fall 2015 exclusively for Xbox One.