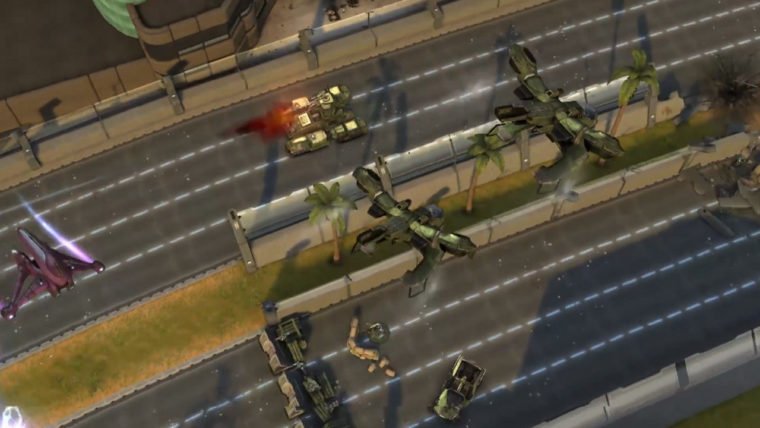 343 Industries announced yesterday that Halo: Spartan Strike would be coming to Windows Phone and PC, and today we get a great look at the game with the official announcement trailer. Halo: Spartan Strike won’t be like 343’s other upcoming projects in the Halo series, as it is a follow-up to Halo Spartan Assault. This means it is a top-down, touch controlled shooter, rather than a first-person shooter. Apparently the game won’t be a direct sequel to that earlier title, instead acting as more of a spiritual successor.

Encounter Promethean and Covenant enemies as you battle through cities and far away jungles in the Halo universe.

Fans of the series will be excited to see the iconic Warthog makes its triumphant debut after being missed in Spartan Assault. There will be many other improvements made to Halo: Spartan Strike though, including improved grenade accuracy, and new weapons.

Halo: Spartan Strike takes place during the events of Halo 2, but will jump ahead in time and include elements that were featured in later entries in the series. For example, the Prometheans will be making an appearance at some point in the game. Controls for the game will be based around the usual twin-stick scheme, with the sticks appearing wherever you place your thumbs. The UI will be modified depending on the device you are playing on, so a phone will clear off some of the HUD to maximize the gameplay.

Halo: Spartan Strike is set to release on Windows 8/8.1, Windows Phone 8/8.1 and Steam with no Xbox 360 or Xbox One release planned at this time. The game will cost $5.99 and will be unlocked on all Windows platforms with one purchase. The Steam release is separate though. Halo: Spartan Strike will be available on December 12th.