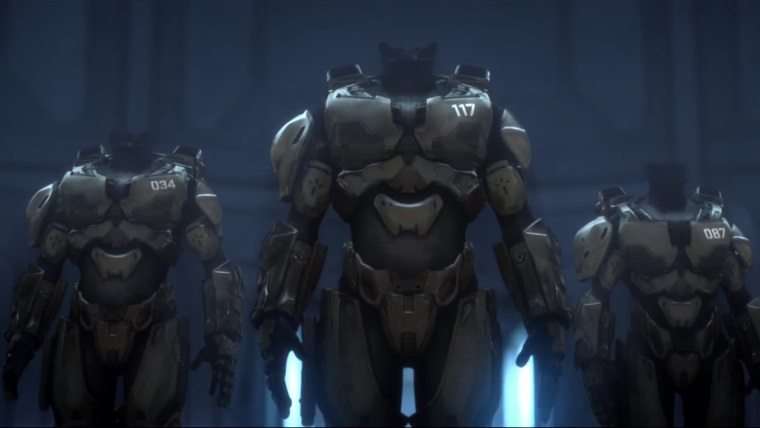 Coming alongside the release of Halo 5: Guardians is the long awaited animated retelling of Halo: The Fall of Reach. Based on the original novel that released before the Halo series became a household name, the story lays out the foundations of the Spartan program, and its most famous survivor, John 117, otherwise known as the Master Chief.

With the game set to release in just a couple of weeks, we are getting our first good look at the Halo: The Fall of Reach animated series with the launch trailer. In it we get some peaks at the Spartan program and its beginnings, but also a look at the titular battle that led straight into the original Halo: Combat Evolved.

Reach, which was expanded upon in the followup game, Halo: Reach, was humanity’s last major military stronghold before Earth. Protecting it was the major focus of the UNSC forces across the galaxy, as war raged against the Covenant.

In this animated series we’ll get to see the fall of Reach from the Master Chief’s perspective, which was lost in the transition to the game. How closely it will adhere to the original novel is a big question for fans, with Halo: Reach having contradicted it in a number of places.

Halo: The Fall of Reach will be available in the Halo 5: Guardians Limited Edition and Limited Collector’s Edition on October 27th, though a standalone release is likely once the game is out.