The latest news in the world of video games at Attack of the Fanboy
February 6th, 2017 by Dean James 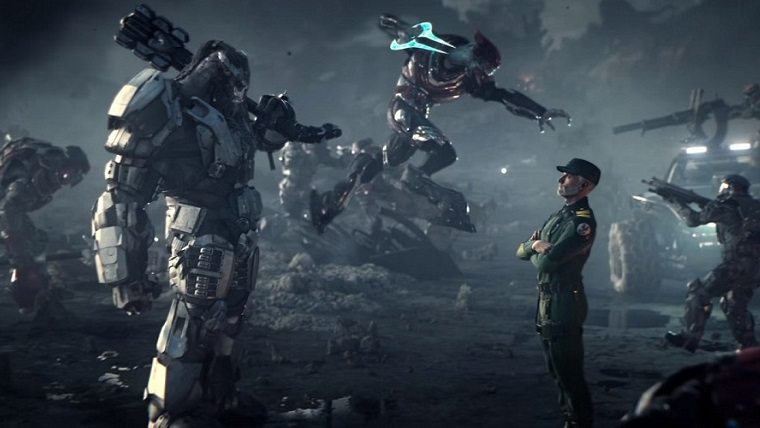 Halo Wars was a very intriguing departure from the FPS style gameplay that the rest of the series has had over the years, instead going with an RTS style while still managing to feel like it belonged in the Halo universe. After waiting a number of years, a sequel to the game is finally coming with Halo Wars 2 and the game’s launch trailer is almost here.

With the release date for Halo Wars 2 getting closer, the marketing push is about to get going. The next step of that is set to come very soon according to a tweet from Geoff Keighley, who visited with Xbox’s Aaron Greenberg.

We are not sure of the exact time today that the Halo Wars 2 cinematic launch trailer will be hitting, but I’m sure that Microsoft in conjuction with 343 Industries and Creative Assembly really want to put out a top of the line trailer to get the hype going.

This may seem a little early to put out the launch trailer with the game not releasing until February 21, or February 17 for those who purchase the Ultimate Edition, but it sounds like they have plenty more in store as well marketing wise. Greenberg also responded to Keighley’s tweet with the following:

It was recently announced that Halo Wars 2 has officially gone gold, so the game should be ready to go in a couple weeks. Also, remember that you can get Halo Wars: Definitive Edition for free by pre-ordering Halo Wars 2: Ultimate Edition, which will also get you early access to Halo Wars 2 on February 17 as well. If you are interested in that at all, you can check out our preview of that in the meantime.