The latest news in the world of video games at Attack of the Fanboy
January 18th, 2017 by Dean James 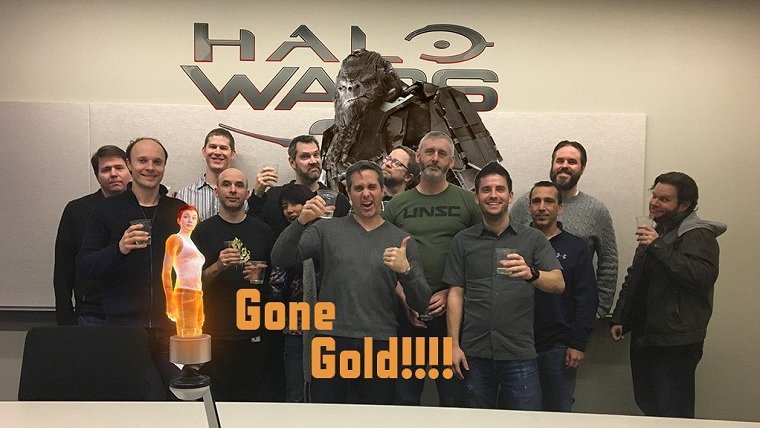 Microsoft decided to try something a little different back in 2009 with the RTS spinoff Halo Wars on the Xbox 360, and now the game is finally getting a sequel with Halo Wars 2. The game was first announced back in 2015 for both Xbox One and Windows 10 PC, with the release fast approaching, some thought a delay could happen at the last minute, but Halo Wars 2 has now gone gold.

While the original game was developed by Ensemble Studios, Halo Wars 2 is a dual effort with Halo series developer 343 Industries and Creative Assembly. With the game coming out on February 21, some were a little worried it could see a slight delay, but that is not the case. According to a tweet from 343 Industries Studio head Dan Ayoub, Halo Wars 2 has officially gone gold.

With Halo Wars 2 having gone gold, this means the game is officially finished and ready to be printed for retail. The studio more than likely will continue working on the game for a potential day one patch or one soon after release, as that is often the case in today’s gaming age, but the on-disc version is ready to go now.

Halo Wars 2 is scheduled for release on February 21 exclusively for Xbox One and Windows 10 PC. In the meantime, remember that those that pre-order the Ultimate Edition of the game online will get a code that they can redeem to play Halo Wars: Definitive Edition on Xbox One.

We have already had a chance to go hands on with that release in its early access form, which you can read about in our preview. Otherwise, you can also play the original Halo Wars on your Xbox One as well, as it is available through Xbox One backwards compatibility. Also keep an eye out for the upcoming multiplayer beta this weekend, which you can read more about here.