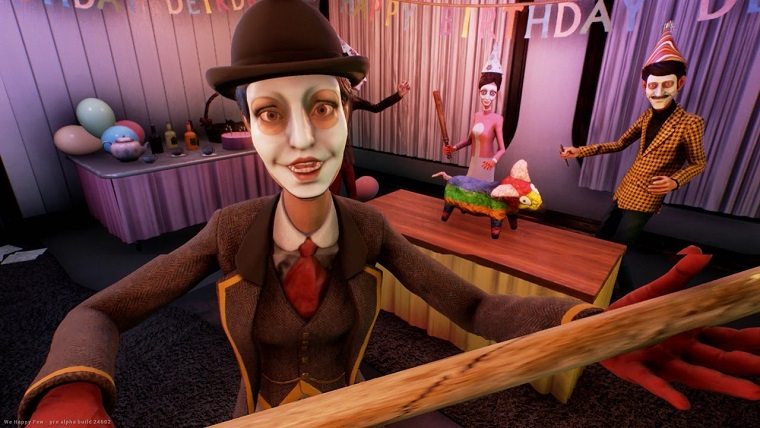 While the buildup to the early access launch of Compulsion Games’ We Happy Few was filled with anticipation, many people were ultimately disappointed with what they got. While many were expecting some kind of a BioShock-like experience, what they got instead was a survival game with procedurally-generated content with little story.

However, some of this was the result of marketing making the game out to be something that it really wasn’t, while the developers have been pretty clear on what it has been from the beginning. COO of Compulsion Games, Sam Abbott, recently spoke about the feedback they received from the early access launch and some of the misconceptions that people had going in.

He says that “Some people act like the game being a survival game is an affront, a direct insult that we have been preparing for years, and they tell us at length. I don’t understand that mentality. The game is a survival game because the entire game is based around surviving…the gameplay supports the lore and story about a world falling apart.”

He then concludes by saying that “So…how do we address people who assume that the game is like BioShock and buy without reading? The only solution I can see is to communicate, build the game, make it great with our super supportive community, and deliver the story as promised.”

We Happy Few is available now in early access form on both Xbox One and PC, though the complete game will launch in 2017.