Hatred Removed from Steam Greenlight with over 13,000 Up Votes 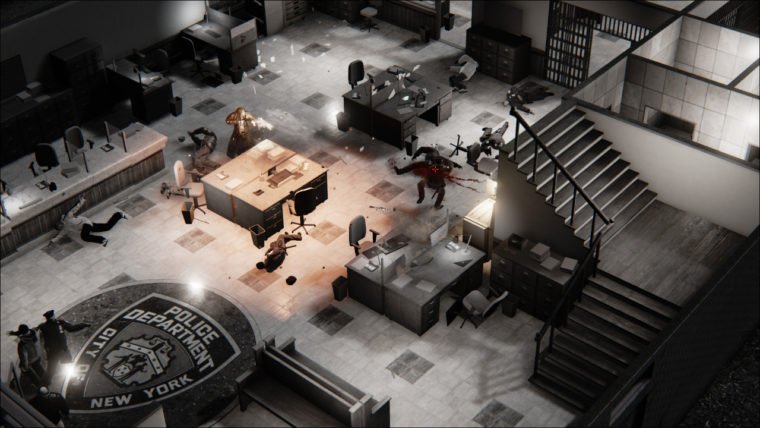 Earlier today we reported on the Steam Greenlight release of the controversial mass killing game Hatred. Shortly after making its Steam debut the page was pulled by Valve, who issued a statement saying “We wanted you guys to know that based on what we see on Greenlight we would not publish Hatred on Steam. As such we’ll be taking it down.” The developer, Destructive Creations, was quick to point out the continued availability of games like Postal and Manhunt, both of which feature similar violence to that shown in Hatred. However, they did not want to focus on arguing, as it is withing Valve’s right to remove any game they like from their store. Instead they wanted to share some stats from the extremely short amount of time the Greenlight page was available.

At the end of the day you, gamers will judge if we were able to do a game that’s simply fun to play.

“We don’t treat this as a failure because yet again this showed us a huge community support we’re totally overwhelmed with,” said the press release. “After only a couple of hours Greenlight campaign being live, Hatred gathered 13,148 up votes and ended up on a #7 on Top 100 list.” The response to the game’s removal has been likewise massive, with Hatred, Steam, and Valve currently trending on Twitter. Many people on Twitter have called for the game’s reinstatement, saying things like “Come on grow up you have tons of other violent crud games you hypocrites”, “Hatred received more than 13,000 votes via greenlight in one day. Unless there were concerns over the build, this is a joke.”

Destructive Creations closed their message by saying “At the end of the day you, gamers will judge if we were able to do a game that’s simply fun to play.” Likely all of the attention being paid to the game due to this controversy will help sales once it is released, in whatever form it might take.

Home / Game News / Hatred Removed from Steam Greenlight with over 13,000 Up Votes