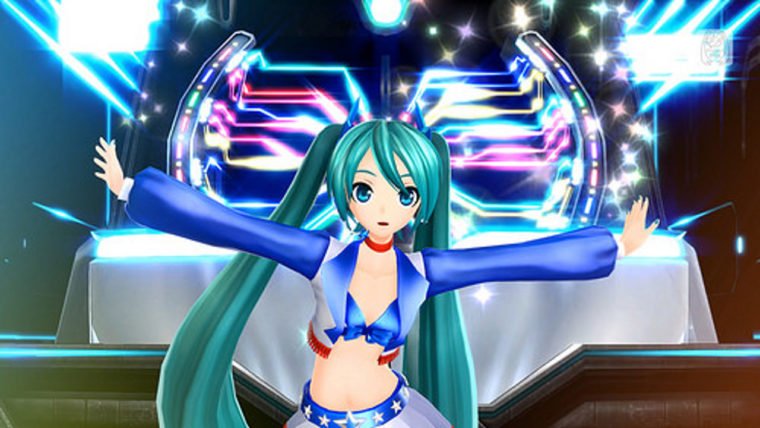 Sega has posted a new blog detailing the release date and pre-order bonuses for their upcoming rhythm game sequel Hatsune Miku: Project DIVA F 2nd. North and Latin American stores will receive Hatsune Miku: Project DIVA F 2nd on November 18th, with the rest of the world getting the game a few days later on November 21st for Playstation 3 and PS Vita. Select retailers will have exclusive pre-order bonuses, with Gamestop having a little bit extra thrown in.

The Hatsune Miku: Project DIVA series has been extremely popular in Japan, with a few recent games hitting the west. It is a musical rhythm game that uses “Vocaloids”, which are a series of singing synthesizer software. All of the music in the games is digitally created with this technology, allowing it to be manipulated by the player. The star of the game’s is Hatsune Miku, or Miku Hatsune. She is a humanoid persona created with the synthesizer technology.