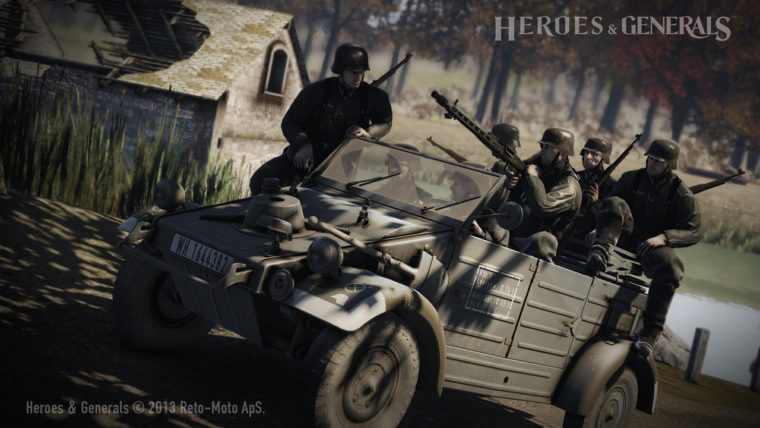 The latest patch aims to both improve the gameplay mechanics of the game and introduce a new, more casual battle mode. By rewriting the server-side hit-detection system, the developers hope to add a new fairness to the title. Previously, a client-side hit-detection system was used, similar to many other first-person shooters. However, from now on the game servers will validate all kills. As even single kills can turn the tide of battle in Heroes & Generals, it only seems right that Reto-Moto is doing everything in their power to make the game both fair and balanced.

Talking about the community-requested server-side hit box feature, the team had this to say: “We now believe that we have a fast, reliable, fair and cutting edge server-side hit detection system that supports Heroes & Generals in standing out as a truly unique war game”.

Until now Heroes & Generals has been played solely as a massive online first-person shooter where all individual battles were linked by an overarching campaign map. Now players will be able to battle it out in faction-free staged battles. The mode sees players from both Axis and Allies mixed up in matches that will not affect the outcome of the main war. This will help new players gain skills before venturing out into real battle.

Heroes & Generals is available for PC on Steam or through a browser, with the update already available to download.