The latest news in the world of video games at Attack of the Fanboy
January 13th, 2017 by Joshua Evans 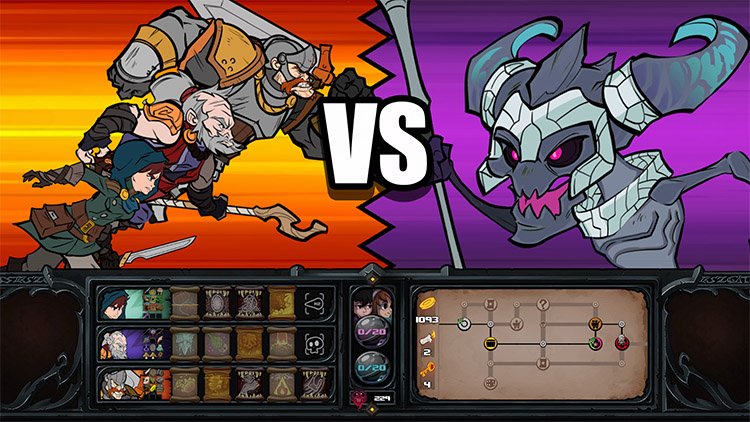 Frozenbyte has announced a new game by the name of Has-Been Heroes, where you play as a kingdom’s saviours who aren’t as young as they used to be. The game is a mixture of strategy and action with roguelike elements sprinkled in for good measure. The trailer and website promises interesting characters, spell combos, hordes of monsters, and the metric crap ton (clearly a real measurement) of items. While the trailer doesn’t reveal what the epic quest the heroes undertake is, the website itself does. Apparently the king brings this band of heroes out of retirement to take his twin daughters to school. Not metaphorically as far as the website reveals. You have got to admit that the king is no slouch when it comes to security.

Premise wise, Has-Been Heroes sounds pretty interesting. Not many games focus on what happens after the heroes have sorted everything. From what little game play we have seen, it looks frantic but at the same time, tactical. Which is a pretty impressive feat to pull off. Hopefully it makes the game more rewarding when you are able to pull off some clever plans despite the chaos, and not make the game incredibly frustrating as you struggle to execute a plan fast enough. As a developer, Frozenbyte has pulled off some crazy things in the past, such as Shadwen being a stealth game with a time manipulation mechanic, so if anyone can make this work, they can.

Frozenbyte has been responsible for many amazing games in the past such as the Trine series and Shadwen. So any new game by them is exciting. Has-Been Heroes is due to release at some point in March, 2017 for PC, Xbox One, PlayStation 4, and Nintendo Switch.