The latest news in the world of video games at Attack of the Fanboy
February 10th, 2016 by Louisa Bhairam 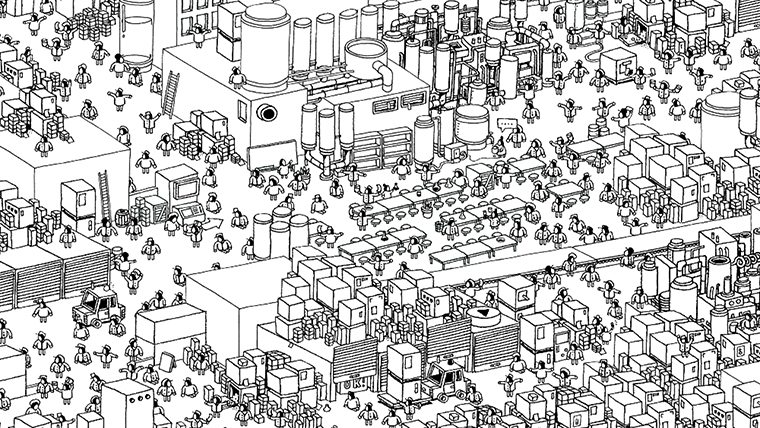 Seemingly simplistic in art style, Hidden Folks has screenshots on its website depicting populated cities, forests and factories. Players will be able to click around these scenes in order to find characters, letters or numbers.

One screenshot entitled ‘Word Puzzle’ appears to have the player finding letters in order to create words, another called ‘The Factory’ has an obscene amount of boxes which we can assume will hold some sort of items. The game seems set to be quite therapeutic, and will be a surefire contender against the recent rise of adult colouring books.

Like Waldo, Hidden Folks will not be timed, and you will be able to take your time and search at your leisure. “We want this to be the sort of game that you pick up, play for a while… find another character, and then leave the rest of the discovering up to another play session. Slow paced, no pressure, and a lot of things to do that will wait for you.” says De Jongh speaking to Engadget.

Hidden Folks is set for release later this year on iOS, Apple TV and Steam.