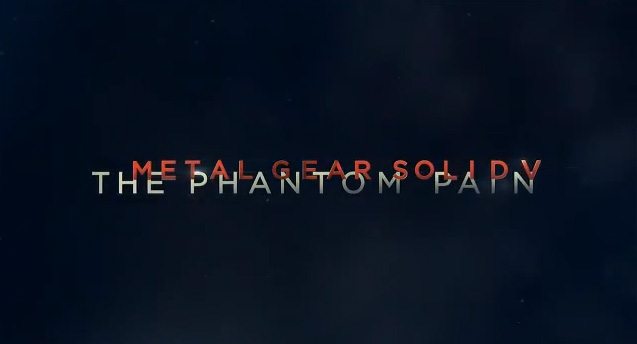 Hideo Kojima confirmed today at his GDC keynote that Metal Gear: “Ground Zeroes” and The Phantom Pain are actually Metal Gear Solid V. After an elaborate publicity stunt for the game where Kojima fabricated a backstory for a fake development house who were alleged to be handling development on The Phantom Pain, it looks like the truth finally comes out, or at least confirmed.

It didn’t take long after The Phantom Pain’s reveal at The Spike Video Game Awards Show for fans to recognize Kojima’s handiwork. The trailer was littered with clues from the Metal Gear franchise, but there were still many questions as to how this craziness would play into his next Metal Gear game.

Some of them have been answered in this trailer. It takes some of the imagery we’ve seen in the Phantom Pain footage and mashes it with the Ground Zeroes content, for what looks like another wild ride for Metal Gear fans.