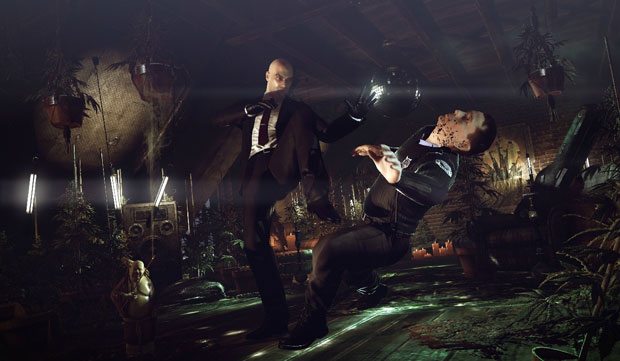 IO Interactive has been pretty hushed about their upcoming Hitman project, but today new information surfaced about the possible inclusion of a multiplayer mode for Hitman: Absolution.  This would mark a first for the Hitman franchise, and the developer isn’t quite speaking freely about the online capabilities of the game, other than that it’s “very, very interesting.”

In a recent interview, Hakan Abrak of IO spoke of the “interesting” new addition to the game.

“We’re not ready to talk about it right now.  Hitman is an assassin who works alone, but you never know in what form or in what way we could give you an online experience.  It’s unfortunately not something I can talk about right now, but I can say, in the story part, Agent 47 definitely works alone…. We do have something very, very interesting coming up in Hitman: Absolution on the online side.”

Hitman Absolution will be headed to PS3, Xbox 360, and PC next year.