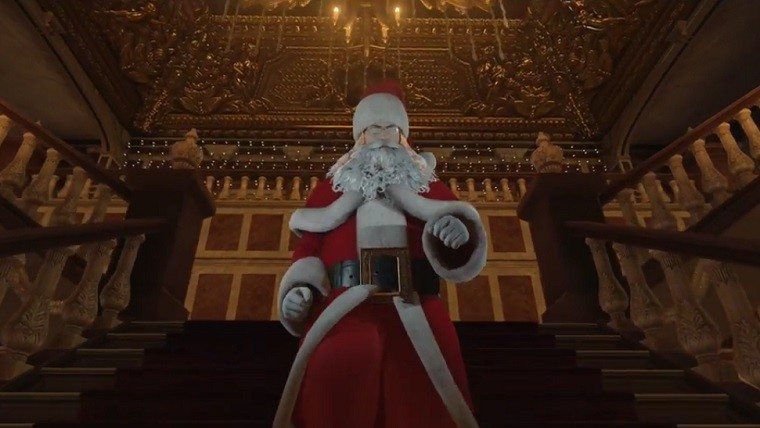 The complete first season of IO Interactive’s 2016 version of Hitman is available now, though it looks like the developer isn’t quite finished with offering new content. The developer has just announced that they will be releasing Christmas-themed DLC this month, with the DLC itself being called Holiday Hoarders. The DLC takes place in Paris, and will launch for PlayStation 4, Xbox One and PC on December 13th.

Seeing as this is Christmas DLC, Paris will be decorated for the season with Christmas trees, presents and lots of snow. Not everything will be bright and cheery, however. The DLC’s description notes that “Unfortunately, not everyone in attendance at the fashion show is there to spread festive joy. Two thieves have gained entrance to the fashion show event and are stealing the presents. As Agent 47, it’s your job to stop them, for good. If you are able to get to the presents first, feel free to open them and use whatever you find inside to help eliminate these two sticky bandits…”

When the DLC launches there is expected to be some brief maintenance happening to get the content ready, though we’ll know the specific times of the maintenance closer to launch. There will also be Christmas-themed challenges with this new DLC, though more information on that will be coming soon.

Of course, the DLC itself is not only being released as a gift to players, but it’s actually being done for a good cause. It will be supporting the World Cancer Research fund, where players around the world will be asked to donate whatever they can in an effort to fight cancer. However, keep in mind that the donation is optional and the DLC itself will still be free even if you don’t donate.

The Hitman Holiday Hoarders DLC also received an announcement trailer showing off what’s in store with this content, which you can check out through the video below. You can check out our review of the entire first season of the game by clicking right here.