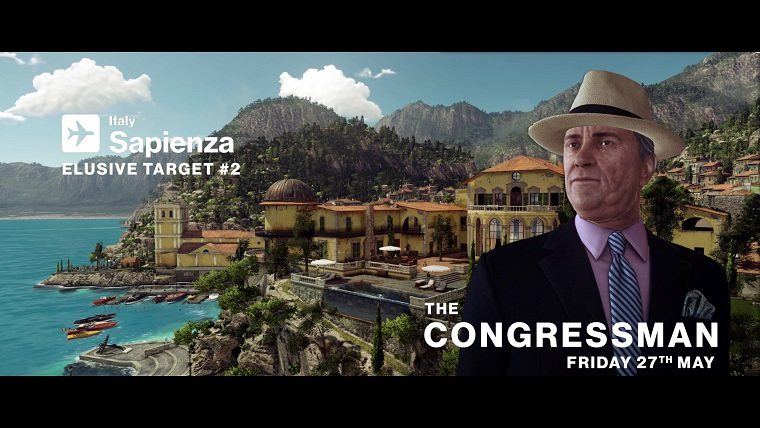 Just as with the first Elusive Target, players only have one shot at taking down this person and he will not show up in Instinct mode. Intel is extremely limited, as well, meaning that you are forced to hunt him down the old fashioned way.

It was also revealed that those who take down five of these Elusive Targets will unlock the Hitman: Absolution suit for use in-game, whereas taking down ten Elusive Targets will get you the suit from Hitman: Blood Money. More unlocks will be added in the future, though details on those have not yet been disclosed.

Some interesting information on the first Elusive Target was also shared by Square Enix, which you can check out below.

Developer IO Interactive will be revealing the release date for the game’s third episode called Marrakesh next week, which will be playable at E3. We’ve had a decent time with this new version of Hitman so far, and you can check out our reviews of episodes one and two by clicking here and here.