The latest news in the world of video games at Attack of the Fanboy
January 25th, 2015 by Kyle Hanson 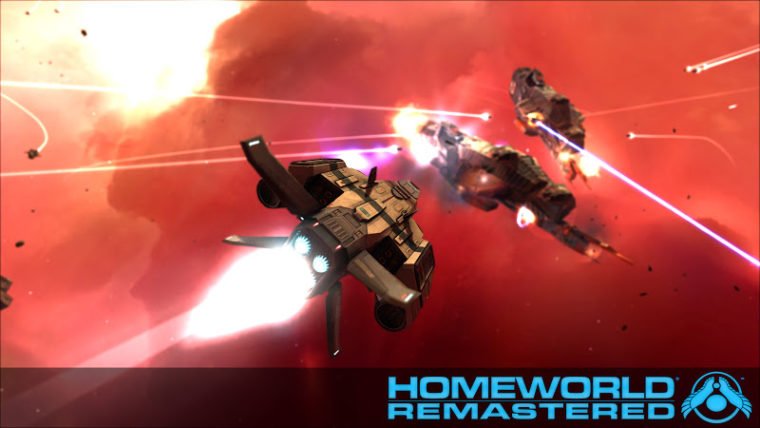 Behind closed doors inside the Gearbox area of PAX South 2015, I got to take a look at the amazing work Gearbox and their team have done for their upcoming RTS release Homeworld Remastered Collection. The aim of the project was to take the classic games Homeworld and Homeworld 2, bring them to modern PCs, and perform graphical upgrades along the way. To do this Gearbox brought in a ton of the original talent that worked on the RTS classic. The end product looks to both revive the series and pay tribute to the past, and from what I’ve played it certainly succeeds at both.

As someone who didn’t get a chance to play the original games, seeing them remastered might have been less impressive. But, the team prepared for this and had a dual-setup showing the original and allowing me to compare it to the remastered version. The differences and improvements are stark, as you can see in the reveal trailer shown at the game’s PAX South 2015 panel. The game seems to have been rebuilt from the ground up, featuring improved visuals in nearly every area. Textures, lighting, ship models, even the framerate is more fluid thanks to the work done to bring the game into the modern era.

However, this isn’t to say that the soul has been lost from the original. Gearbox actually brought in most of the original artists who created Homeworld and Homeworld 2. With their help they were able to recreate the same look and feel from the original games, while making them more contemporary in terms of style and quality. Of course, creating a PC games in 1999 is quite different from making one in 2015, and the team was able to really finetune the style of the past, while bringing it more in-line with modern aesthetics. 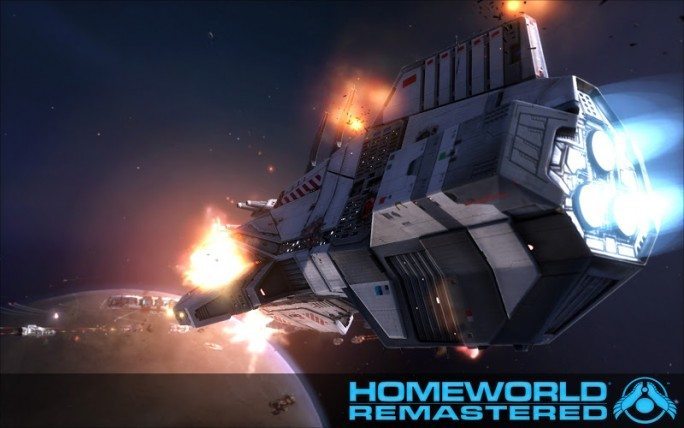 But just in case you want to relive the original in all its glory, the team still has you covered since they’ve also packaged in essentially untouched copies of the original games. Everything has remained the same in the transition to modern PCs for this version of Homeworld and Homeworld 2, you just won’t have to search seedy websites for updated drivers and DLL files to get them working on your Windows 7 machine.

Once the intros were over and I actually got to get some hands-on time with Homeworld Remastered Collection it became clear why this was such a beloved series. The action was the perfect mixture of fast, frenetic space battling, and slow, strategic maneuvering that makes the best RTS games work so well. Figuring out how to maneuver and attack in full three dimensional space was tough, but the team assured me that the tutorials would help me out in the main game. However, nothing has been dumbed down for modern audiences here, the same difficulty curve will be present in Homeworld Remastered Collection, making sure to keep the true spirit of the game alive in this new version.

Truly the best part of the demonstration was seeing just how passionate the team is behind Homeworld Remastered Collection.Bringing on the original artists and designers behind the original games showed how much Gearbox had invested in the project, but the actual energy the team showed was contagious. Every improvement to the game was added by someone personally, and they were quick to take credit for their work. That work was definitely worth taking credit for as well since much of what I saw was gorgeous.

Homeworld and Homeworld 2 had a certain style that still resonates today, and the Remastered Collection has simply taken that style and made it work for the modern gamer. Formerly blurry backgrounds, which actually looked great for their time, have been fully realized in this new game with beatiful tendrils of nebulous gas, or tiny specks of asteroid spinning in the distance. Multiple times during my playthrough of Homeworld Remastered Collection I would strategically position the camera to get the best view of the space battles. Watching as lasers glinted in front of the stars and ships exploded into fiery chunks of debris. Pausing the action was even better, and I expect a number of desktop backgrounds to be made using this as the source.

Homeworld Remastered Collection looks like one of the best sorts of remakes. Featuring much of the talent behind the original game, it seeks to update and improve without trampling on the past. Players can always load up the originals for comparison’s sake, but if the demo I played is any indication, they’ll be too busy travelling the stars in glorious HD. Homeworld Remastered Collection will be released on February 25th for PC. You can check out more info about the game, including the multiplayer component and the reveal trailer, by clicking here.