The latest news in the world of video games at Attack of the Fanboy
January 11th, 2017 by Kyle Hanson 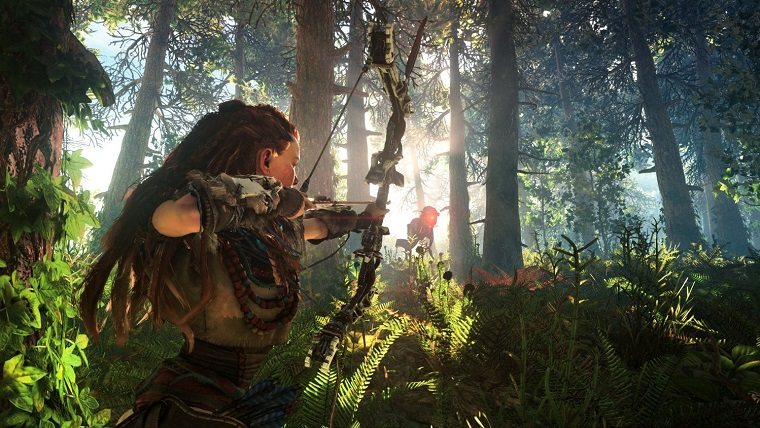 Horizon: Zero Dawn is one of the most anticipated PS4 exclusives of 2017. Gamers have gotten tons of different looks at the game, which has been an E3 staple for a few years. The latest video seems to give the most in-depth yet though, with the Horizon: Zero Dawn story trailer.

Giving us our best look yet at the underlying storyline of the game, the story trailer shows off tons of new characters, including some enemies for our hero. The question on every gamers’ mind seems to be about the world itself, and the massive robots that wander it. While we don’t get a full understanding of what this seemingly post-apocalyptic world is all about, we do see where those rabid robot enemies are coming from.

Of course, with any story-focused trailer, spoilers are a concern. Things don’t seem too bad here, but if you want to avoid all spoilers, including the nature of the enemies, just avoid the video below. Otherwise, keep reading for more on Horizon: Zero Dawn.

The story is described as “Take on the role of skilled hunter Aloy as you explore a vibrant and lush world inhabited by mysterious mechanized creatures. Embark on a compelling, emotional journey and unravel mysteries of tribal societies, ancient artifacts and advanced technologies that will determine the fate of this planet, and of life itself.”

Coming from Guerilla Games, Horizon: Zero Dawn has been highly anticipated since it’s initial debut. Guerilla’s previous work includes the Killzone series, proving that they definitely have experience with the PS4.