House Of The Dead Shambles Back To Arcades In Japan

The latest news in the world of video games at Attack of the Fanboy
January 14th, 2018 by Jelani James 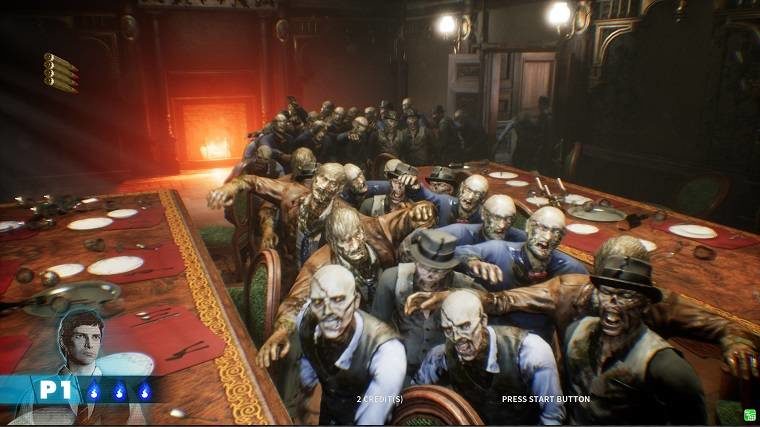 Sega has announced that House of the Dead will rise from the grave and return to arcades in Japan for the first time in over a decade with a new entry in the series titled House of the Dead: Scarlet Dawn.

For those unfamiliar with the series, House of the Dead is a long-running rail shooter that has two players team up to defeat hordes of zombies. The original title was released on arcades in 1997 and has since gone on to get several sequels, spin-offs on home consoles, PC and smartphones, and even two movies.

House of the Dead: Scarlet Dawn will apparently build off of the other mainline entries before it, with Sega describing it as a “never before experienced horror” in a theater-style arcade cabinet that uses the latest technology. To drive in that point, the game will be powered by Unreal Engine 4 which will allow the number of creatures that appear on screen to be the highest in the series to date. In addition, the arcade cabinet itself will come equipped with features such as air cannons and vibrating seats (activated based on player progression), to further enhance the atmosphere.

Of course, it wouldn’t be much of an arcade game if it couldn’t attract a crowd and Sega has saw fit to utilize motion sensors which light up the exterior of the cabinet to do just that.

As mentioned before, House of the Dead: Scarlet Dawn is exclusive to Japan, with a preliminary location test will be held in Japan from Jan. 19 to 21 at Sega Akihabara Building 3 in Tokyo. The announcement makes no mention of an intent to bring this to the U.S. or port it to consoles; that said, considering its overall popularity, it would be odd for Sega to have it remain a Japanese arcade exclusive forever.