How to Find Batman: Arkham City 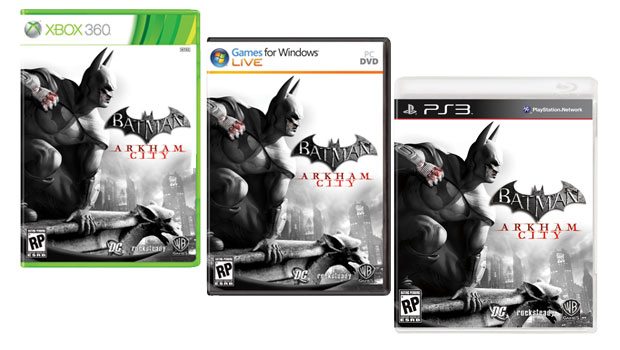 Rocksteady will release Batman: Arkham City this October, and before that day arrives you may want to brush up on your product finding skills.  Thankfully, the developer has released all the information you’ll need to find what you’re looking for come October 18th.  You’ll find the pack shots of the game below.

Arkham City, like its predecessor,  Arkham Asylum, is an open world action video game that incorporates elements of stealth and predator tactics.

All of the gadgets previously obtained in the first game will be present at the start of  Arkham City , most of them will be possessing improved or new capabilities; for example, the Cryptographic sequencer can also track signals. An additional gadget have been revealed: smoke bombs to confuse enemies.