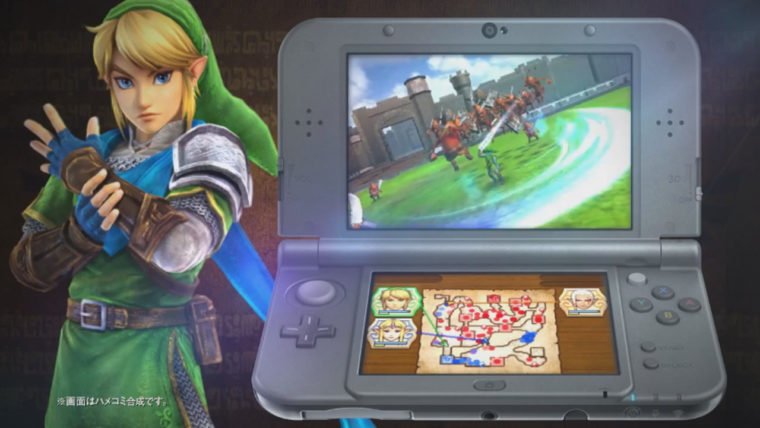 Koei Tecmo has just revealed that their Zelda/Dyansty Warriors mashup Hyrule Warriors will be heading to the Nintendo 3DS handheld platform. The announcement comes via a new trailer released on the official Japanese YouTube channel, with little in the way of details in regards to the release.

It looks to be the same game that fans loved on the Wii U, ported over with the usual changes and additions. The graphics seem largely in-tact, but they will obviously be toned down somewhat for the less capable system. Touchscreen features seem to have been added in, along with a couple of new characters.

Tetra and the King of Red Lions  from The Legend of Zelda: Wind Waker have been added to Hyrule Warriors on the 3DS, with a graphic at the end of the trailer hinting that they can be ported over to the Wii U version if you own both games.

Little else is known about the game at this time. No release date was given, and we can’t verify that the game will arrive outside of Japan, though that seems like an inevitability given Hyrule Warriors’ success on the Wii U.

UPDATE: The video has now been made private. Its title implied that the announcement was meant for E3, so this was likely leaked too early.