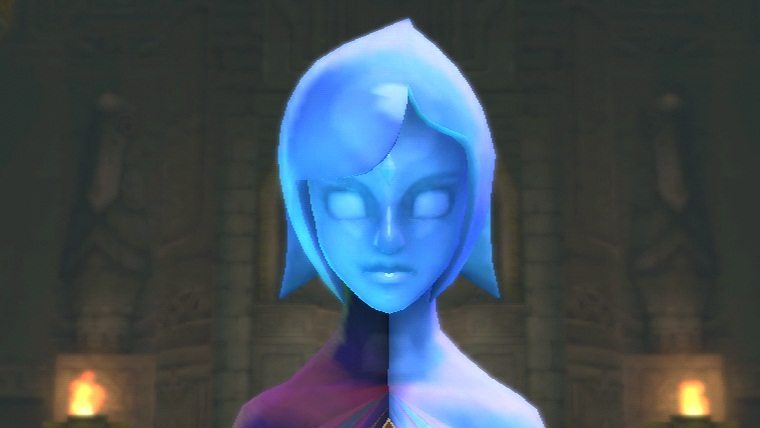 A new character has been confirmed to star in Hyrule Warriors and it’s Fi from Skyward Sword.

Fi was Link’s companion in Skyward Sword. She helped Link navigate his way in the game and even gave him hints on how to beat bad guys. She was like Navi from Ocarina of Time, although arguably less annoying. Her inclusion in Hyrule Warriors has now just been confirmed by Famitsu magazine. A scan of her is also shown where she is playable much like other characters are in Hyrule Warriors. It’s cool how the game allows you to play as lots of characters not named Link. Fi looks like she has a lot of powers she can really dish out to all the bad guys on the battlefield.

Also confirmed in Famitsu is that Link and Zelda’s outfits from Skyward Sword are available to wear in Hyrule Warriors. Even the Big Ball from Twilight Princess has been confirmed as a weapon that Link can use in the game.

Hyrule Warriors will be released exclusively for the Wii U. It has a North American release date of September 26th, but is releasing earlier in Europe on September 19th. The ANZ release date for the game is September 20th.