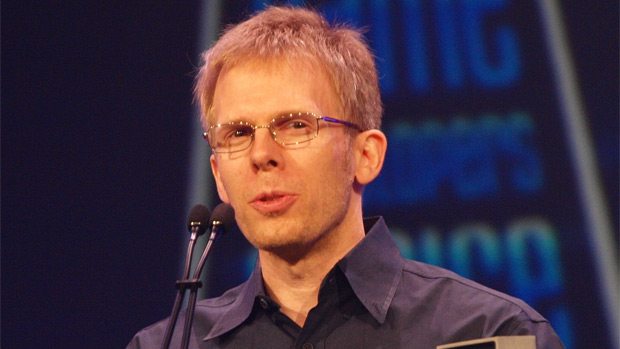 The co-founder of the illustrious id Software, makers of such staple FPS franchises like Doom, Quake, and Wolfenstein, is not relying on next-gen hardware to take future id projects to new heights. In fact, John Carmack says he’s “not all that excited” about next-gen, and is instead focusing on what he believes to be the future of gaming: augmented reality.

Carmack stated in an interview with GamesIndustry that clamoring over which hardware publisher will put out the most powerful next-gen console is senseless, mainly because he feels that the graphics they’ll potentially be able to render “won’t make much difference.”

“Sony and Microsoft are going to fight over gigaflops and teraflops and GPUs and all this. In the end, it won’t make that much difference,” he said. “When you get to this, it makes a really big difference in the experience. Nintendo went and brought motion into the gaming sphere and while only having a tenth of the processing power was able to outsell all of them in all of these ways. I think someone has an opportunity to do this here. It takes a whole ecosystem though, but it is almost perfect.”

Carmack is of the opinion that next-gen hardware, rather than offering gamers new experiences, will simply present more of what is available to them now…only prettier.

“Any creative vision that a designer could come up with, we can do a pretty good job representing on current generation and certainly on PC,” he said. “In many ways I am not all that excited about the next generation. It will let us do everything we want to do now, with the knobs turned up.”

While console graphics cards and processors might not have Carmack’s attention, the id Software developer is currently involved with another untapped aspect of futuristic gaming. Carmack debuted id’s under-development augmented reality goggles at E3 in a Doom 3 demo, and implied that another big player has shown interest in its potential after saying he’d be talking with Valve next month.

“I got a friend up there who is working with augmented reality, so there is a lot of overlap,” he said. “It will be fun sitting down to talk about that stuff. So yeah, it is one of those things that we feel we’re on the cusp of something rolling. This is neat, but I know three ways we can make this much better with available things, it just takes more effort and work. This is all stuff that can be done, it is not expensive and certainly in a price point of something like this could be a radical experience.”