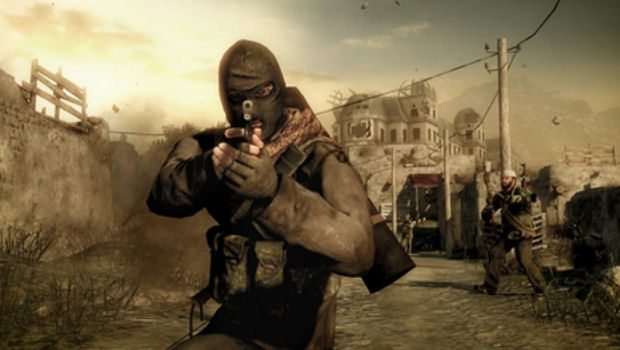 Thanks to a number of Canadian researchers, your life just got a whole lot better. Why? There is now a study with empirical evidence stating that playing first-person shooters can in fact improve the eyesight of certain people who suffer from particular sight issues. So, the next time someone tells you you’re wasting your life playing a game, tell them you’re simply preparing for your next eye exam. Feel free to call them an ignorant a**hole after that.

The study was led by Daphne Maurer of McMaster University in Canada. She and her team took six patients with lifelong cataract disorders, sat them in front of a TV screen and had them play Medal of Honor for a total of 40 hours over the course of a month. Patients were to play the game five days a week for a maximum of two hours per day.  Like any FPS, the subjects had to display quick reflexes as well as an intense focus on tracking objects on-screen. Another completely separate study should be done to figure out why the scientists questionably chose Medal of Honor out of the entire, massive FPS market to use as the variable.

After the 40 hours of gaming for each of the patients had been completed, the researchers found that the vision of five of the six patients showed signs of improvement. Not only were they able to recognize faces more easily, but they could also identify smaller print and determine the direction of a moving dot pattern. The research adds further evidence to the theory which states that playing video games, particularly of the FPS genre, increases levels of dopamine and adrenaline and in turn make the brain more active. This, according to research, subsequently can help to improve visual perception and acuteness.

In conclusion, suck on that, Jack Thompson. Before you threaten to bring down the banhammer on the site however, remember, we don’t conduct the studies, we just report on them. Blame Canada.