The latest news in the world of video games at Attack of the Fanboy
March 15th, 2017 by Joel Santana 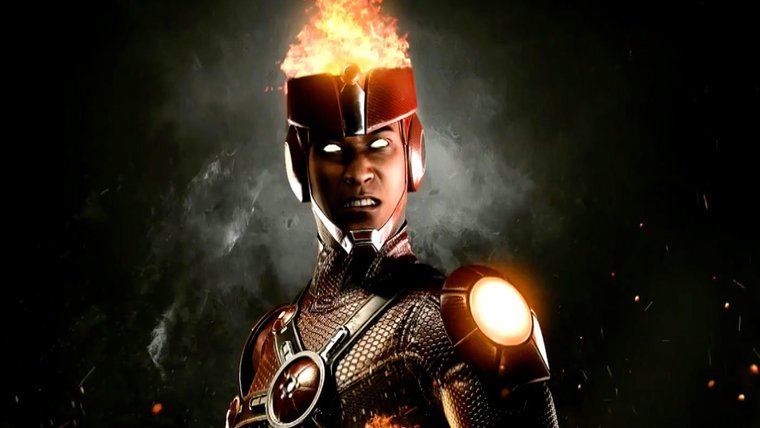 Earlier this week, the Injustice community was greeted with yet another character reveal in Firestorm thanks to the UpUpDownDown channel that’s hosted by WWE Superstar, Xavier Woods. But, due to the nature of the reveal video for Firestorm not really focusing on the newly announced character some people in the community were a bit upset.

As the ten minute long video spent a very brief time focusing on Firestorm. However, to make it up to the community, NetherRealm Studios has just released a new trailer for their DC Comics based fighter that focuses on none other than Firestorm himself.

From the looks of the trailer, it appears that Firestorm will be pretty fun to play with as his moves for the most part look interesting.

Aside from the new reveal trailer for Firestorm, there’s a bit of more new information that has been revealed for NetherRealm Studios upcoming fighter. As they’ve recently announced the inclusion of Source Crystals to the game.

What exactly is Source Crystal you may ask? According to a post on the official WB Games forum, Source Crystal is a currency used to buy cosmetic items such as Premium skins or shaders for various characters. Alongside being able to purchase skins and shaders, it appears that Source Crystals can also be used to transform the look of a piece of gear you have into a different one. It should also be noted that not every Premium skin is locked behind these crystals and can also acquire them via gameplay.

At the moment the only way to acquire these crystals is by directly purchasing them when the game launches this May.

Injustice 2 is set to be released May 16th on the PlayStation 4 and Xbox One platforms.