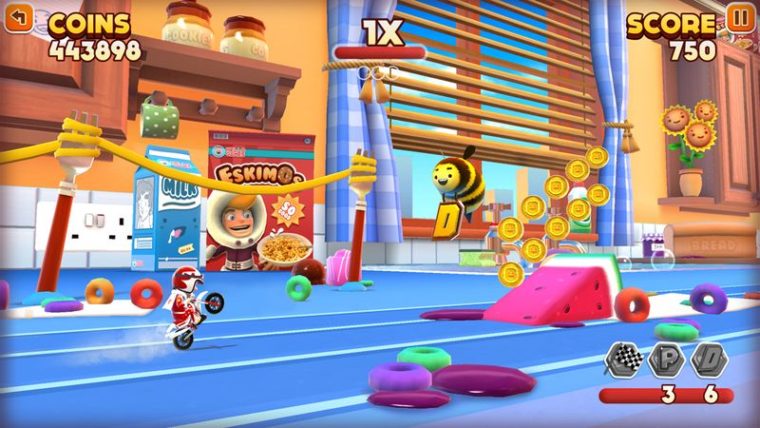 Joe Danger Infinity, the latest installment Hello Games long-running series, will launch on iOS platforms later this week. The official release date for the game is January 9th 2014, according to Pocket Gamer.

The date is almost exactly a year since the previous installment, simply named Joe Danger, was released on iOS devices (January 10th 2013.) The release also comes within a month of the game being announced. For those unfamiliar with it, the Joe Danger series are side-scrolling racing/platforming games, with Joe Danger 2: The Movie, the most recent console iteration, currently available on Xbox Live, PSN and PC.

Joe Danger Infinity takes a miniature spin on the popular franchise, shrinking the protagonist down to the size of toy for this set of adventures. It features at least 20 vehicles and 25 toys (or characters), and Hello Games have confirmed that they will be releasing extra content for it post-launch. They are the studio behind the enigmatic No Man’s Sky, who recently had some trouble with flooding though, so how this will effect their future endeavors we don’t yet know.