The latest news in the world of video games at Attack of the Fanboy
April 29th, 2017 by Dean James 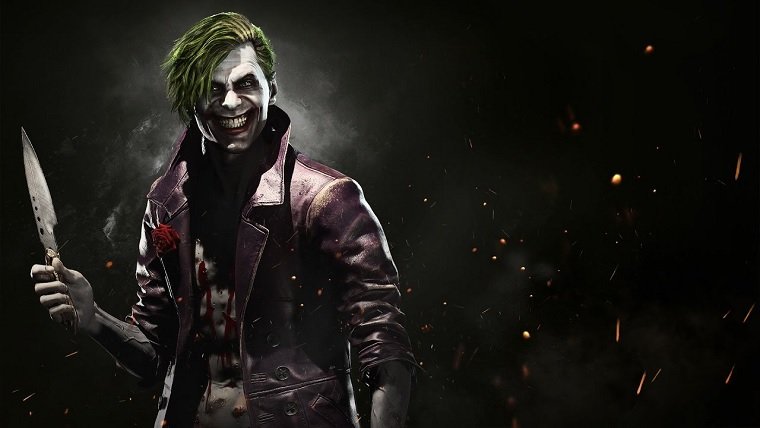 Injustice 2 is only a few weeks away from release and we have been getting trailer after trailer over the last few months with reveals of numerous different characters, some returning and some completely new. Based on the previous announcements, an earlier leak has been proven to be completely correct and it only had one character left to reveal, The Joker.

The Joker is easily one of the most iconic comic book characters in all of comics, but the main complication for him being in this game was the fact that the version from the Earth of this game died before the events of the game at the hands of Superman, setting the events of Superman’s reign into action. The first game had a Joker from an alternate Earth like many of the other characters, but it seems they aren’t involved this time, so we were wondering if Joker may be left out.

As stated in the previous leak, that turned out not to be the case, as Joker has officially been announced as being part of the Injustice 2 roster with a very different look, but what looks to be a fairly similar move set. This includes moves with his knife, gun, and gas canisters, though it appears his poison flower move did not make the cut this time.

Joker this time looks a little more wild and almost younger than his Injustice 2 version, which seems to hint at maybe a resurrection from something like the Lazarus Pit or maybe even it being someone taking on the mantle of the Joker. Interestingly enough, he looks in some ways like he is inspired partially by Jared Leto’s Joker from Suicide Squad, but this one looks much better. He also has what looks like a big scar where Superman had killed him, but so we’ll how that plays out.

Now that Joker is announced, we’ll have to see if he is the last non-DLC character for sure to be announced. Everyone from that list has been announced at this time, but it’s always possible that was a non-complete list. With only a couple weeks to go, we’ll be finding out the answer to that one very soon.