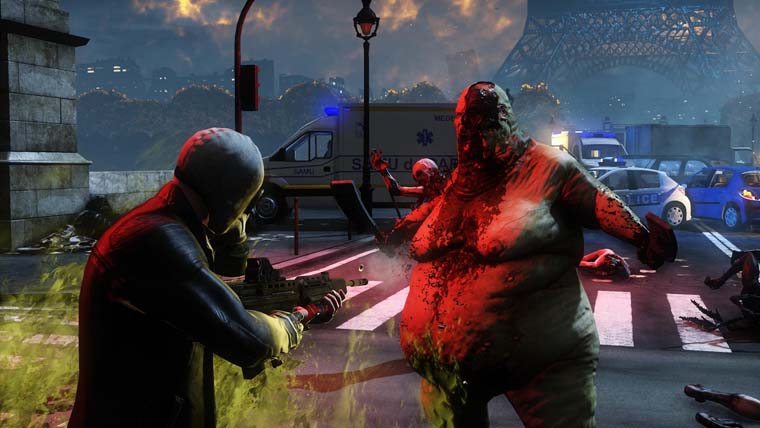 Last week, Tripwire Interactive revealed that Killing Floor 2 is currently in development for PC. Following plenty of speculation from the Killing Floor community, the reveal of the sequel was teased with a short trailer and a rundown of what to expect from the game.

We wanted to outdo Soldier of Fortune’s gore

A selection of gory screenshots from Killing Floor 2 have been released on the official site for Killing Floor 2. “Visceral Gore” was listed as a key feature in the game’s official announcement, and these latest screenshots give a good indication of the “high powered blood system”.

Tripwire has plenty of experience in piling on the gore in their games. The 2011 release of Red Orchestra 2 saw its fair share of dismemberment, and Killing Floor 2 appears to be taking that to a new level.

“When we started designing the game we decided gore was going to be the most important feature,” David Hensley, art director on Killing Floor 2 told PC Gamer in a recent interview. “We were really inspired by Soldier of Fortune, the GHOUL system. We wanted to outdo Soldier of Fortune’s gore.”

Killing Floor 2 has not been given a firm release date at this point.