Killing Floor 2 is Selling ‘Like Crazy’, Server Capacity Exceeded by Thousands of Players 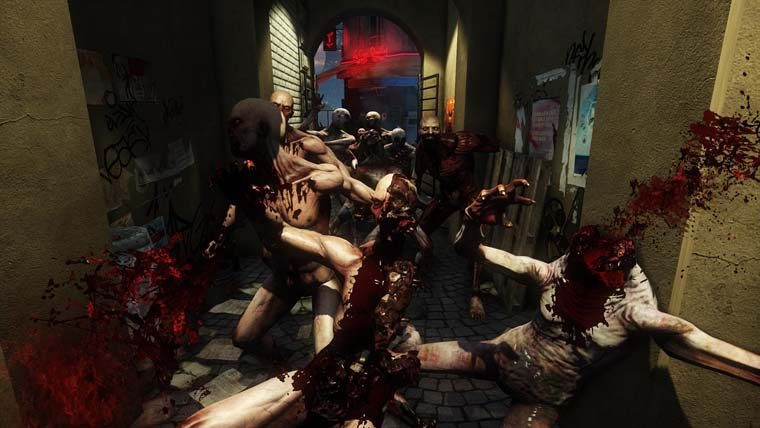 According to a leaked email from Tripwire Interactive President John Gibson, Killing Floor 2 is selling “like crazy” causing strain on the servers that the team had prepared for launch. The game has sold so well that it bumped the venerable GTA IV off the Steam Top Sellers charts within 15 minutes of becoming available. This has led to about 17,000 players jumping onto the game, with more joining them every few hours. Unfortunately, servers were only setup to handle around 7,000 players, which has led to some frustration as players are unable to join games due to the strain.

The email, which looks to have come from an employee at one of the server companies, is seeking additional servers to be turned up for Killing Floor 2. Tripwire estimates that by today they will have 50,000 players online, which is almost ten times the original capacity. Tripwire is looking for Killing Floor 2 servers to be turned on “as soon as possible.” Whether they were successful or not will be determined later today as more players jump back on the game. The full text of the email can be seen below:

Sorry everyone, let me try this again, without accidentially hitting send in the middle of the e-mail :)

So the good news is Killing Floor 2 is selling like crazy, and bumped GTAIV off the Steam top sellers in about 15 minutes. The bad news is, 17,000 people are trying to play KF2 right now (and it’s going up a couple thousand every few minutes) and we’ve got enough servers up to handle about 7,000 players. Success is a good problem to have, but wow this really blew away our expectations.

As such we’re in dire needs of LOTS of servers up. Right now there are enough servers to handle about 5,000 players, and we have over 16,000 people playing right now. Within the next few hours we’ll likely pass 25,000, and by tomorrow we could be at 50,000 players.

Can you all get servers up to help us meet this initial peak? The game is selling like crazy, but we’re really in serious need of servers as soon as possible.