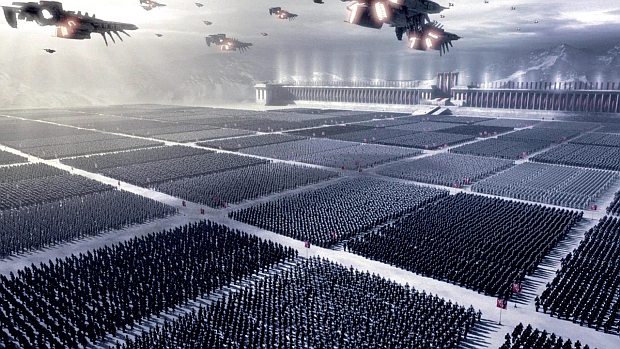 Yesterday you caught a glimpse of the backbone of the Killzone 3 story.  Today, you get that story broken down into static imagery, which surprisingly, is just as mind boggling. The images taken from yesterday’s trailer are pretty intense so try not to stare directly at them for more than thirty minutes… you know, the same rules that you apply to your Nintendo 3DS.

Along the way players will learn more than ever before about the rabid Helghan culture, as well as become aware of an internal struggle in their ranks that may prove to be an important weakness. The game features full Playstation Move system integration throughout the game — including the Move and Navigational controllers.

Killzone 3 will release on February 22nd 2011 Exclusively on the PlayStation 3.