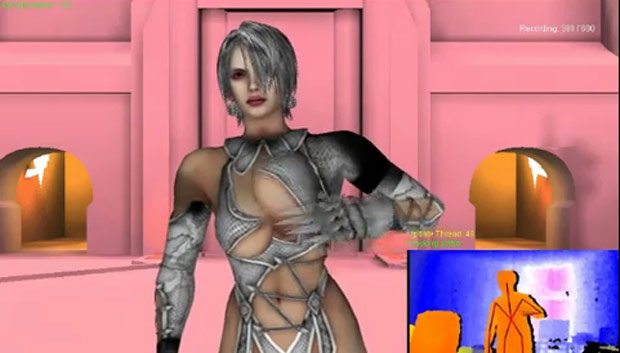 Extreme Boob Jiggling, it has a following that cannot be denied.  So much so that a modification was developed for the Microsoft Kinect motion camera that allows the user to delve deeper than ever before into the world of remote virtual boobie jiggling.

In the video, the Kinect user’s movements are tracked by the camera and display a high bounce and zero gravity effect on the boobs in question.  The program developed even allows the user to fondle or “smack” one’s virtual boobies.

I’m gonna put this out there.  Early Candidate for GOTY 2011?