Comes to PS4 a month ahead of Xbox One. 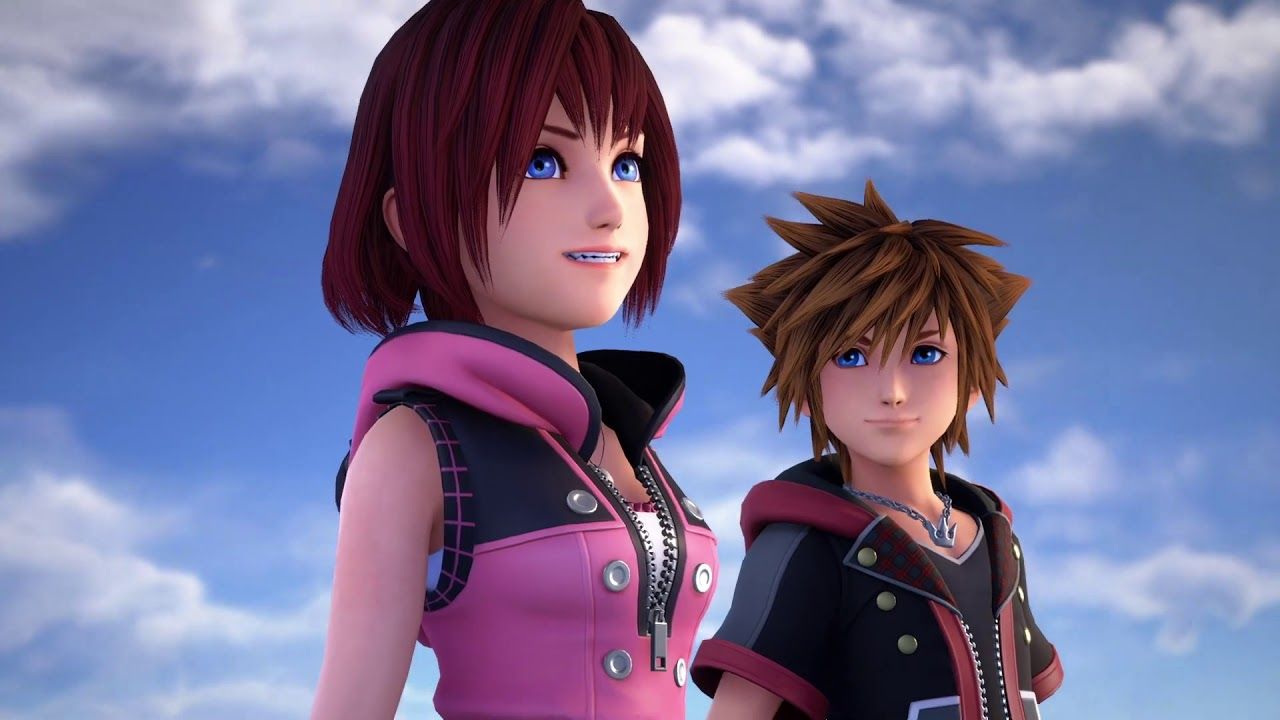 The Kingdom Hearts series has always been known for having base releases and then later coming out with what has been known in the past as a Final Mix version. With the age of DLC, Kingdom Hearts 3 is taking a similar, yet still different approach by releasing DLC for the game that essentially turns it into a Final Mix without the name and physical release version of it. The name for that DLC is Kingdom Hearts 3 Re:Mind and now we have an official release date and more details about it.

A new trailer for Kingdom Hearts 3 Re:Mind was leaked a few days ago by Square Enix on YouTube before quickly being changed to private, but now the trailer has been officially released as part of the PlayStation State of Play Stream from earlier today. While the trailer itself is the same as before, a more specific breakdown of what is included and pricing was added in at the end of the stream itself.

The Re:Mind DLC has a lot being added to the main game, much of which seem to be addressing direct complaints by fans from the original release. One of these is seen right away in the trailer in the form of Final Fantasy characters with the return of Aerith, Squall, and Yuffie.

This trailer also had lots of new story footage, with some extending even beyond the ending of the game that we won’t spoil in case some have not finished it yet. We already knew about playable characters like Aqua, but this trailer also revealed that Kairi will be playable in some form here as well. It appears this is for the Data Battles that are just like we’ve seen in past games. According to the end of the trailer, there will be two releases for the DLC, the $29.99 Re:Mind DLC by itself and the $39.99 for the Re:Mind DLC + Concert Video. 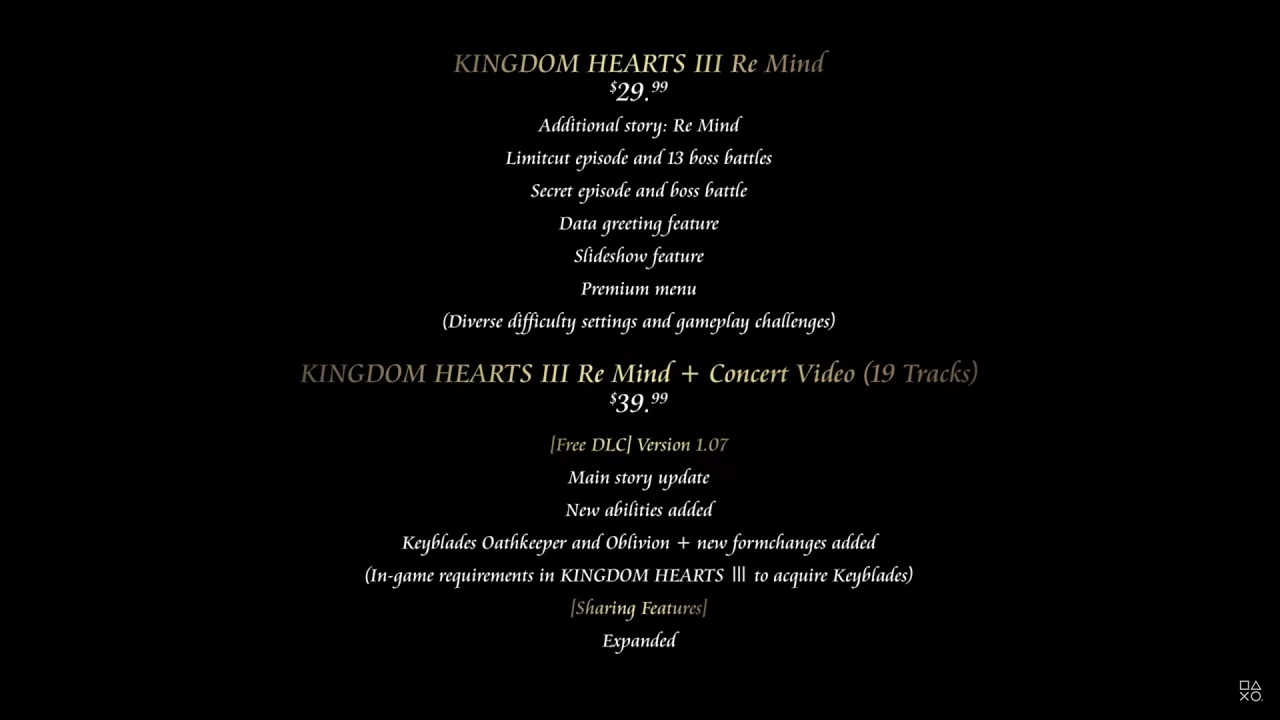 In total, the Kingdom Hearts 3 Re:Mind DLC includes the new Re:Mind story, limitcut episode and 13 boss battles, secret episode and boss battle, data greeting feature, slideshow feature, premium menu, and “diverse difficulty settings and gameplay challenges.” No specific details were given about the concert video that you can get for paying $10 more, but that will have 19 tracks included in it.

Besides the actual paid Re:Mind DLC, there will also be a free update to 1.07 for the game, which updates the main story, adds new abilities, adds two new keyblades that you can get in the game, and expands the sharing features.

Kingdom Hearts 3 Re:Mind will release for PS4 on January 23, with Xbox One owners having to wait a month for the release on February 25.