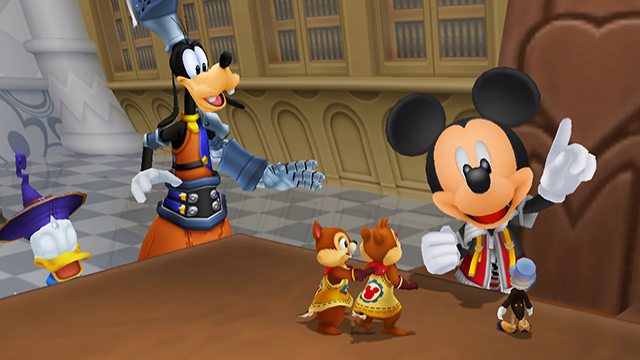 Scheduled for release on December 2, this collection features Kingdom Hearts II Final Mix, Kingdom Hearts Birth By Sleep Final Mix, and HD cutscenes from Kingdom Hearts Re:coded. We’ve seen plenty of screenshots and trailers in the past, but today the official Kingdom Hearts YouTube page has released a very unique video to show off the graphical differences between the originals and the new HD makeover the game received.

Within this video, we get a look at 2/3 of the games in the collection, with the cutscenes from Re:coded left out this time, which is no surprise for this type of comparison video considering how it looked before on the DS. The video goes between SD and HD with comparisons for the first part, and then shows everything completely in HD, so we can experience it in full as well.

This is easily one of my most anticipated games set to release in 2014, so if you are also interested, make sure to check out the comparison video for yourself below.