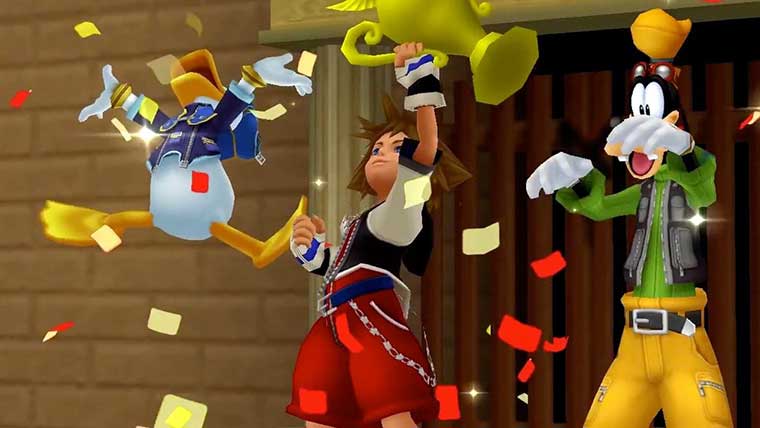 Disney’s infamous Mouse and Keyblade-wielding heroes are back for more with another Kingdom Hearts collection.

The compilation will feature new content as well as all content that was previously exclusive to Japanese customers. Kingdom Hearts 2, first released on the Playstation 2 in 2005, is a direct sequel to the original game, while Birth by Sleep, released in North America in 2010, was a prequel story and only available on the PSP. Re:coded was a Nintendo DS exclusive.

While fans will most likely be hotly anticipating this compilation’s release, this announcement was already predicted by many after Square Enix released Kingdom Hearts HD 1.5 Remix last year to warm critical reception and high sales numbers. Last year’s compilation included the original Kingdom Hearts, Kingdom Hearts Re: Chain of Memories, and a cutscene-only version of Kingdom Hearts 358/2 Days.