Knockoff Chinese Console Is A PS4 And Xbox One Hybrid 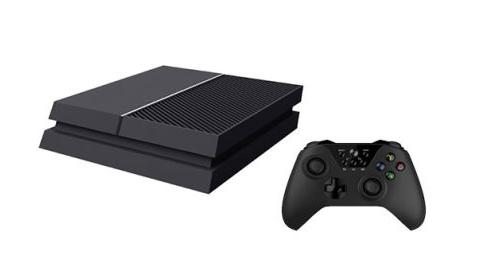 Anyone out there struggling to choose between a PS4 and Xbox One? One knockoff Chinese company has decided to kind of merge the two consoles together.

Kotaku has reported on the PS4/Xbox One hybrid and it’s called the “OUYE”. No, this is not the Ouya, although it sounds like it.

Bear in mind, the OUYE is just a console that looks like a PS4 with an Xbox One controller. It does not actually play PS4 or Xbox One games obviously.

The OUYE is a actually a micro Android console made by Shenzhen company. The specs are better than the Ouya, although they are still outdated as well.

The console itself is not out yet, unless it becomes successful on Kickstarter. The Kickstarter will be up later in the month with only a $15,000 goal. Each console will be around $70.

The funny thing is that the company claims to have spent 6 months designing the OUYE. Maybe they actually wanted to design an original console, until they settled to fool Chinese customers by ripping off both Sony and Microsoft.

If anyone from China is reading this, remember that the OUYE is not a PS4 console with an Xbox One controller. It’s just an Android console and nothing else more…