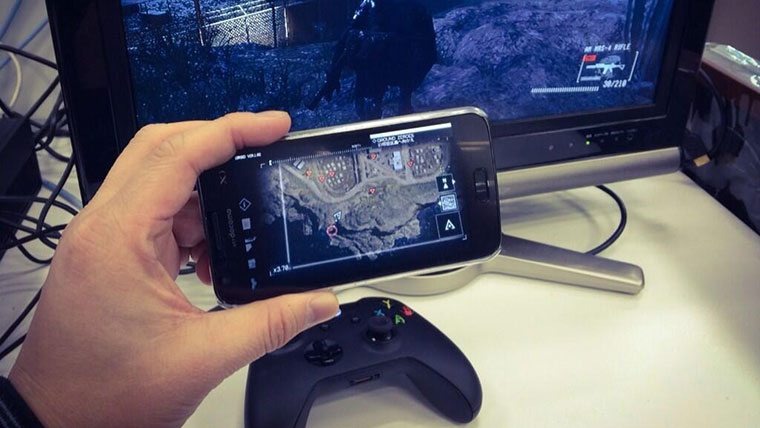 Hideo Kojima has been tweeting a lot lately about Metal Gear Solid V: Ground Zeroes. Due out later this year, the legendary developer of the Metal Gear franchise has shown us PS4 footage, PS Vita footage, and now this new shot of what appears to be the companion app for the game.

Kojima’s tweet says “Of course, you can play not only w tablet but also w smart phone.”

The image of Metal Gear Solid V on mobile devices is found above, and appears to show the game’s map, complete with enemy locations and other unknown stats.

Metal Gear Solid V: Ground Zeroes is due later this year as the prologue to Metal Gear Solid V: The Phantom Pain which will release at an undetermined date. The game is due to arrive on Xbox 360, PlayStation 3, Xbox One, PS4, and PC.