The latest news in the world of video games at Attack of the Fanboy
January 12th, 2018 by Dylan Siegler 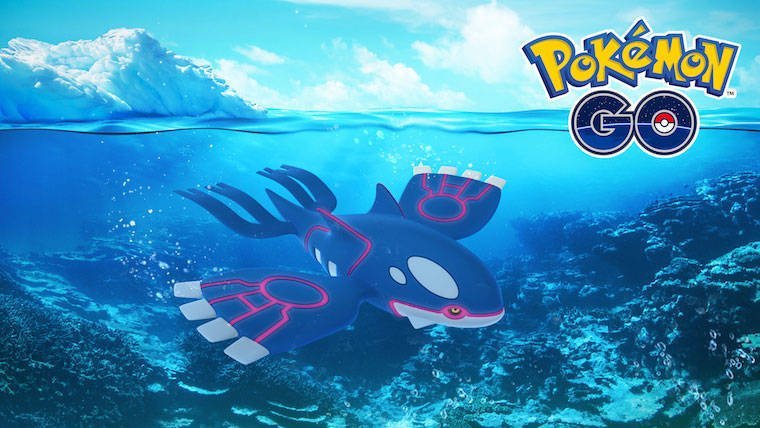 Hoenn Pokémon have been slowly migrating to Pokémon GO since October of last year, including the appearance of the legendary Groudon as of almost a month ago. Now, the second of Generation III’s legendary Pokémon, the Water-Type Kyogre, is appearing in the game.

As of today (January 12), Kyogre, the cover legendary of Pokémon: Sapphire Version, will be available to battle and catch in Raid Battles in Pokémon GO. Kyogre will only be available for a pretty small timeframe, however, as the official post on the Pokémon website states that the legendary will only be in the game from now until 1:00pm PST on February 14, giving players about a month to catch it.

Kyogre’s sole Fast Attack is Waterfall, a Water-Type attack, while its Charged Attack can be either the Electric-Type Thunder, the Water-Type Hydro Pump or the Ice-Type Blizzard. Keeping this in mind, it’s probably best to go into battles with Kyogre with plenty of strong Electric-Types that will be super effective against Kyogre, as opposed to Grass-Types which will be taken out easily if the Kyogre you’re fighting happens to know Blizzard. Also remember that if it happens to be raining outside, the game’s new weather mechanic will make Kyogre’s Waterfall, Hydro Pump and Thunder all stronger, so be wary.