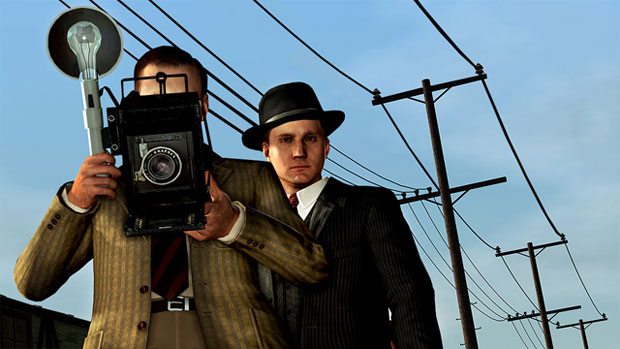 More and more press has been leaking out about Rockstar’s upcoming L.A. Noire. A crime story set in the Los Angeles of the 1940’s, puts you in the shoes of a detective attempting to solve a murder mystery. Well make that multiple murder mysteries. Rockstar recently announced in 140 characters or less that a release date for the new game will be upon us shortly.

“L.A. Noire is coming to Xbox 360 & PlayStation 3 this Spring. The official release date will be announced soon….”

That’s all the developer led on, in the tweet but expect much more in the coming weeks from the Rockstar camp about this one. In the meantime you can check out the video below for the superb facial modeling that the game has been boasting for months now. The new and improved 3D modeling techniques can also be found over a Game Informer where one of their own was put into the game.