LA Noire Will Let You Skip The Hard Stuff 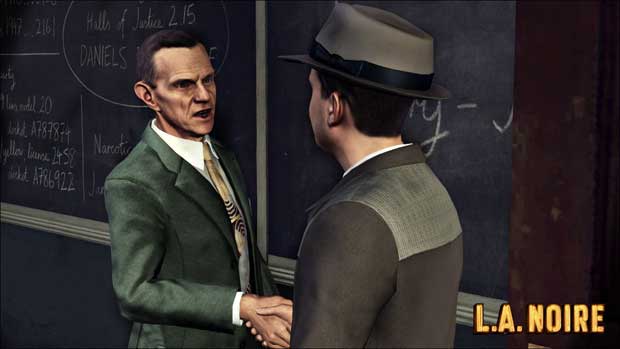 Games have traditionally been exercises of reflexes and puzzle solving skills, and as our hobby evolves, so do games.  In this case, LA Noire will be accentuating the story behind the gameplay in that it will let you skip the harder parts of the game to continue the story segments of the game.  A game about detective work, LA Noire will put you in the shoes of Cole Phelps and your job as an officer of the law is to rise through the ranks of the LAPD by solving crimes.

Rockstar is not only aiming at their traditional fan-base with LA Noire, but those that aren’t familiar with the traditional shooter mechanics of modern games, will have the option to skip parts that are too hard.  Rob Nelson of Rockstar, answered questions on the title at the Tribeca Film Festival.  In the Q&A session, Rob discussed the ability to skip the harder parts of the game to get to the meatier narrative elements of LA Noire.

When comparing this to previous Rockstar games this could seem like a huge shift, but with LA Noire being a more story driven affair, that’s centered around talking to suspects, uncovering evidence, and solving crimes, it’s not that far fetched that people aren’t going to be as interested in the more traditional gameplay mechanics than they are the newer elements.  These newer non-traditional elements are going to be the bulk of LA Noire, with traditional mechanics being only a small and skippable portion of the experience.