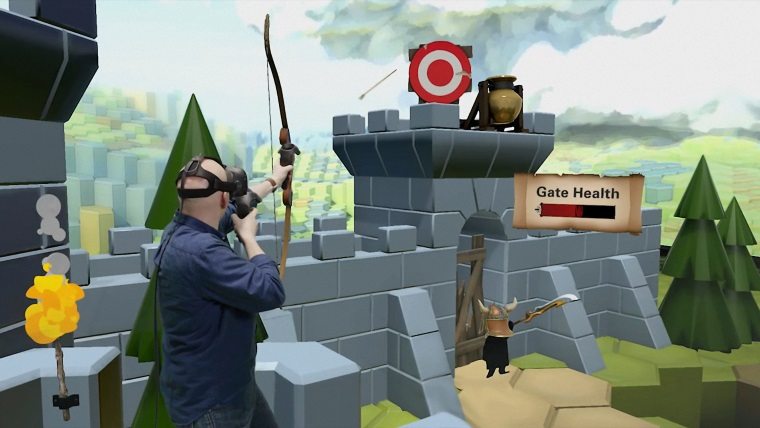 Valve has issued a new update for The Lab, their free VR game. With a focus on the three most popular titles in the suite, this update really shakes up what used to be an interesting demo, turning it into a full-fledged set of games.

Longbox, Xortex, and Slingshot were hit the most with this update, which is being called “The Lab: Appliance of Science”. With a focus on competitive multiplayer, each of these games will be getting new leaderboards that let you see how you compare with players from around the world.

“Now you can compete with your fellow test subjects on the new global leaderboards for Longbow, Xortex, and Slingshot, and prove to the world that you’re the best at science,” reads the patch notes. “But hold on to your grant money, because we didn’t stop there. We’ve also made a bunch of gameplay adjustments to all three games.”

What are those gameplay changes? For Longbow, players can now continue past wave 8, with endless waves of enemies that just get tougher as you progress. More enemies, with a higher chance of spawning with armor, will come at your gate, so you’d better improve your accuracy. Also, your exploding barrels and oil cauldrons will respawn every eight waves, so be sure to use them wisely.

Xortex is getting a new Xortex Infinite option, where players can progress through endless levels. Slingshot was adjusted in more subtle ways, with new scoring options throughout the game. Both also received the leaderboard feature added to Longbow.

Smaller changes were made to the entire experience of The Lab, including some haptic feedback for petting the Fetchbot robot. If you have an HTC Vive be sure to check it out. The game is free on Steam, and it’s one of the best VR experiences that we’ve had so far.