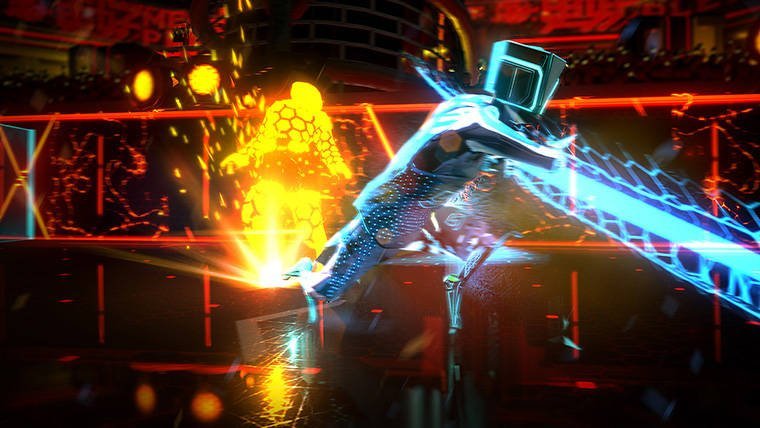 Laser League is entering into Steam Early Access starting today, February 8th, 2018.  This arcade-style multiplayer title comes from Roll7 (OlliOlli,Not a Hero) and 505 Games. Entering into Early Access those who jump in now will get a 30% discount on the game.

While there have been some beta tests for the game and plenty of footage out there for people to judge for themselves, this is the first time that the game will be made available to the public.  Roll7 has been working on the title since 2014 and the developers says that this is the next phase of development for the game, allowing the team to take player feedback on a larger scale and further improve upon and refine the game for a full commercial release.

The Early Access version of Laser League features six different classes which each have unique abilities.  These combatants will fight across three international stadiums that feature 12 maps in total.

Look for Laser League on Steam Early Access later today.  After the promotional period is over, Laser League will cost $14.99.  For now, you can check out some of the latest footage of the game to get a glimpse of it in action as well as hands-on reactions.