The latest news in the world of video games at Attack of the Fanboy
August 9th, 2017 by Jennifer Locke 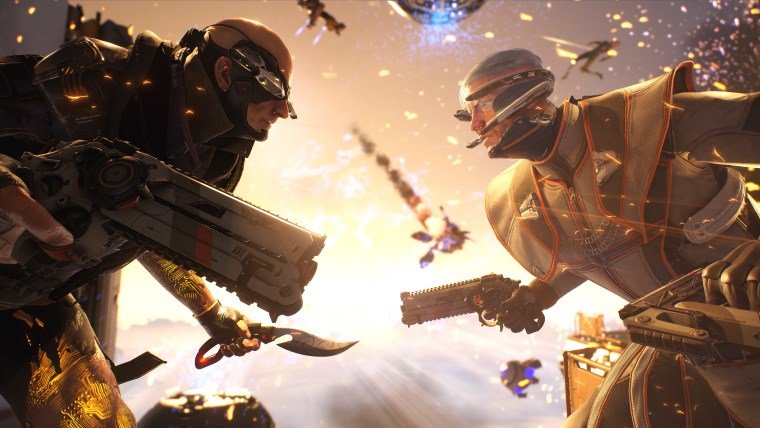 LawBreakers, Cliff Bleszinski’s new multiplayer hero shooter, seems to be off to a rocky start. After releasing on August 8, it appears the game has abysmal launch numbers, failing to even launch within Steam’s top 100 most played games.

LawBreakers apparently struggled to maintain players during its most recent betas, signalling trouble ahead of its release. In June, its beta peaked at around 7,500 players on Steam, with another beta a month later losing almost 40% of those players. As of its official release, player counts are 60% lower than the beta, with launch night concurrent players topping about 3,000 according to a report from GITHYP, who tracked the numbers.

Players have only been moving away from the game since its recent launch, with daily lows already dropping to less than 1,000. Though there are enough players to find matches, these numbers don’t bode well for the long term. Even Battleborn, a fairly infamous flop despite Gearbox’s reassurances that the company is happy with the game’s sales, launched with a peak of 12,000 players.

When it was originally announced, LawBreakers was meant to be a free-to-play title only releasing on PC. Plans eventually changed and it launched on PlayStation 4 as well, priced at $29.99. Bleszinski has explained why the game did not also launch on Xbox One, but it makes you wonder whether that would have helped the title.

What’s really unfortunate is that LawBreakers has actually had a positive reception from those who have played it. It currently has favorable reviews on Steam and Metacritic, and people on social media have expressed their enjoyment with it. For some reason—whether it’s competition from Overwatch, poor marketing, limited appeal, or something else entirely—it just isn’t catching on.