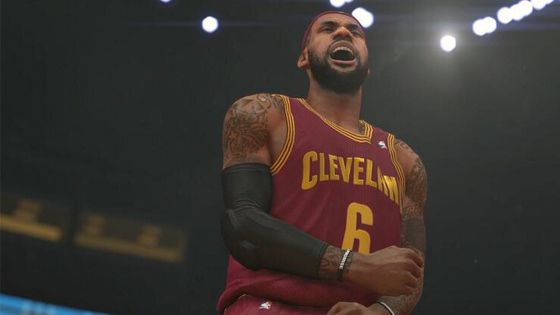 2K Sports is very up-to-date with everything they are doing with NBA 2K15. They are even giving the character model of LeBron James his new hairline.

“Our team has already added LeBron’s updated hairline from yesterday to be ready for day 1 #NBA2K15. Attention to detail. 10/7!”

For the longest time, LeBron James has had a receding hairline. He usually wore a headband to hide it which is reflected in the video games. 2K Sports showed a screenshot in NBA 2K15 from a few weeks ago with his headband on. With this new announcement, it looks like he will now have a full set of hair in the new game.

A lot of people were surprised to see LeBron James with more hair. NBA 2K15 will already reflect this change. Whether or not he will still play with a headband in the upcoming NBA season still remains to be seen. Still, you have to give 2K Sports credit for updating the game to reflect changes like this.

It will be interesting to see if they can update this character model in NBA 2K15 to reflect his skinnier frame too. LeBron James lost a lot of weight during the off-season.